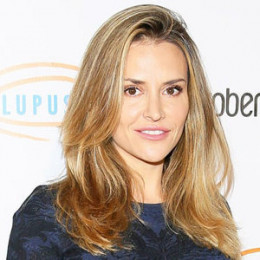 An American actress and real estate investor, Brooke Mueller is currently single. She was previously married to actor Charlie Sheen since 2008 to 2011. Brooke Mueller was born to parents of Allen Mueller, worked as a Miami and Key West police officer. She attended the Benjamin School for high school, where she used to work on the cheerleading squad. Brooke Mueller also played Cassandra in the 2008 comedy film Strictly Sexual.

Brooke Mueller was previously married to Charlie Sheen in 2008 but they did not continue their marriage relationship and separated in 2011. She also dated Bree Olson (2011) and Dave Navarro after divorce from her husband. Mueller gave birth to their twin sons named, Max Mueller who was born on March 14, 2009, and Bob Mueller March 2009. Her current relationship status is single for social sites.

Brooke Mueller was born on 19th August 1977 in upstate New York, where she was raised as well. Her parents are Alan Mueller and Moira Roskin Flore who were Lutheran and Jewish, respectively. Her father worked as a Miami and Key West police officer, a high school teacher, a real-estate broker, and a part-time minister, who died in a motorcycle accident when Brooke was twelve.

Brooke Mueller's best-known role was playing the role of Janet in the 1999 direct-to-video film Witchouse. She also played Cassandra in the 2008 comedy film Strictly Sexual. In both the movies, she was credited as Brooke Allen.

In 2011, Mueller co-starred in The World According to Paris, a reality show alongside her friend Paris Hilton. Moreover, she worked as a real estate investor. She most notably purchased a home from Mel B in 2012, refurbishing it and reselling it nine months later for a $500,000 profit.

Mueller was previously dating Dave Navarro. However, she is best known for dating actor Charlie Sheen. Brooke met Sheen through a mutual friend named Rebecca Gayheart. The couple got engaged in 2007 and then married on May 30, 2008. The couple shared two children named Bob Sheen and Max Sheen, twins, born on March 14, 2009.

It was reported the couple had a settlement agreement approved in May, and their 19-month-old twins would live primarily with Mueller, with generous visitation for Sheen.

The couple shares legal custody of their twin sons, with physical custody going to Mueller and, Sheen granted visitation rights. The actor was ordered to pay Mueller $55,000 a month in child support.

Brooke Mueller's net worth is estimated to be $5 million. Her source of income includes her salary and earnings from her career as an actress and real estate investor.  Besides, she also receives regular revenue in child support from her former husband.

Brooke Mueller was previously married to Charlie Sheen in 2008 but they did not continue their marriage relationship and separated in 2011.