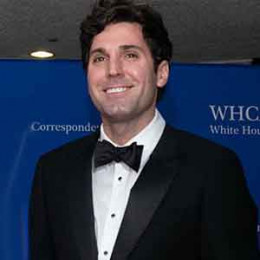 American media and political consultant, Bryan Chatfield Sanders is best known for his association with the Republican party. Previously, he worked as the party’s promotional campaign manager but as of now, he served as the political advisor of the party. He started his political career as the assistant and political counselor to former Kansas senator Sam Brownback. He also played a key role in the Republican Party.

Bryan Chatfield Sanders was born in Kansas City, Missouri, US. He attended Shawnee Mission East High in Prairie Village, Kansas. He graduated from Colby College in Waterville, Maine with a bachelor degree in campaign media in 2006.

Soon after completing his graduation, Sanders started working as a staff in the office of the 46th Governor of Kansas, Samuel Dale Brownback. Later, he was promoted as Samuel’s press assistant and soon became campaign manager of Samuel’s presidential candidature for 2008. 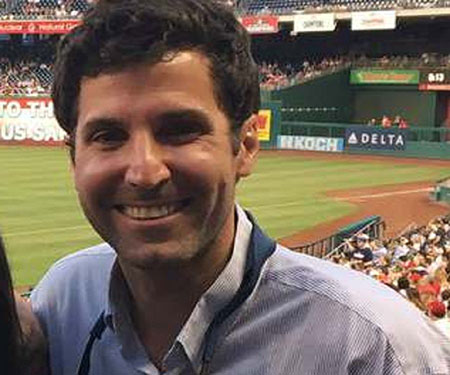 In 2009, Sanders joined the political media firm 'The Wickers Group. After a year, he played a key role in Robert J. Bentley’s 2010 Alabama gubernatorial election campaign and the campaign resulted in a victory which made him an important person for the Republican Party campaigns.

Bryan Chatfield Sanders managed the primary campaign for Ted Yoho in 2012 where he created and produced an advertisement titled as 'Pigs,' exclusively for the campaign which was highly appreciated by political experts. The ad was declared as one of the best political ads by Washington Post.

Bryan Chatfield Sanders' is a renowned political and media consultant. In the USA, the average salary of a political consultant is $30 thousands+ but Sander is quite experienced, so, he might earn more than the average figure. As per some online sources, he has an estimated net worth of $5.7 million.

Bryan Chatfield Sanders is a married man. He tied the knot to American campaign manager and political adviser, Sarah Huckabee in 2010 in Cruz Bay on the island of St. John, part of the U.S. Virgin Islands. The duo first met in 2008 at Sarah father's presidential campaign where she was the campaign's field director and Bryan served as the media consultant. 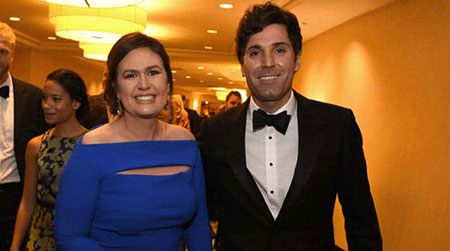 The duo is proud parents of three children. The couple welcomed their first child, a daughter, Scarlett Sanders in 2012. After a year, they were blessed with a son, William Sanders. In 2015, the pair again got blessed with another son, George Sanders.

Happy birthday @GovMikeHuckabee the best dad and papa we could ever ask for! We love you! pic.twitter.com/7NEh758GjV

The couple shares a healthy relationship. When Sarah decided to join the 'Trump campaign' he supported his wife decision. The duo founded a consulting firm," Second Street Strategies" in Little Rock, Arkansas which specializes in structuring strategies, research, polling and placement for candidates.

Bryan Chatfield Sanders was named the Rising Star of American Politics by the premier political journals, 'Campaigns and Elections Magazine'.

Sarah Huckabee Sander is an American campaign manager and political adviser. She served as the White House Press Secretary under President Donald Trump.

Sarah Sanders is best known as the eldest children of Bryan Chatfield Sanders and Sarah Sanders. She was born on 2012.

William Sanders is best known as the eldest son of Bryan Chatfield Sanders and Sarah Sanders. She was born in 2013.

George Sanders is best known as the youngest child of Bryan Chatfield Sanders and Sarah Sanders. She was born in 2015.