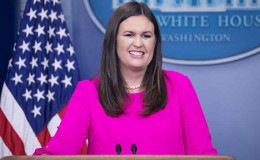 Sarah Huckabee Sanders probably never realized she would end up marrying the man she hired in the first place. Luckily for the pair, it was perhaps destiny that everything fell in place at just the right time.

When you meet someone at work who you can connect to on different levels, you begin to wonder whether he/she is your soulmate. As signs point towards this being the case, you wish you could marry that person.

Sarah Huckabee Sanders probably never realized she would end up marrying the man she hired in the first place. Luckily for the pair, it was perhaps destiny that everything fell in place at just the right time.

Sarah Huckabee Sanders is married to her husband Bryan Chatfield Sanders. The couple tied the knot in 2010. 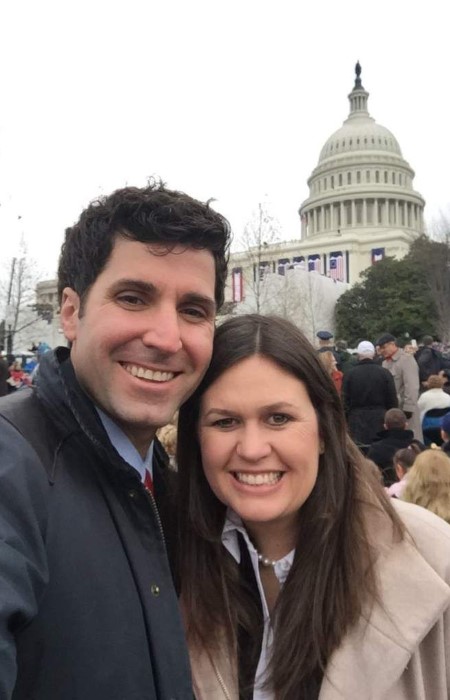 Bryan was hired along with one of his colleagues. Talking with The Hill in 2010, Sarah said:

"They were both kind of cute, [so I said,] ‘Well, we might be able to work something out’ — kidding a little bit there."

After the campaign ended, Huckabee and Sanders continued to date. The couple was subsequently engaged in 2009 on Bryan's family ranch in Kansas.

The lovebirds' big day arrived on 25th May 2010. The ceremony took place in St. John in the Virgin Islands.

Sarah expressed her joy on Twitter as she tweeted:

"Big day today! Going to the chapel and going to get married."

Her relationship with her children is quite open. Back in 2017, she wished Scarlett, on the eve of her 5th Birthday on live TV. After her eldest child Scarlett was born, she revealed it to her fans via Twitter and even mentioned her baptism. Her godparents are Chip Saltsman and Katie Beth Harris.

Happy birthday @GovMikeHuckabee the best dad and papa we could ever ask for! We love you! pic.twitter.com/7NEh758GjV

In July 2017, during a press briefing at the White House, Sarah spoke about her proud moment being the first working mom to gain the position of press secretary.

"That says less about me than it does about this president. Empowering working moms is the heart of the president’s agenda, particularly when it comes to things like tax reform."

"Scarlett and every little girl in America should grow up in a country that — if we deliver on the president’s agenda better jobs, better health care, and a better tax system — incentivizes women to work and raise children."

Sarah added, as a working mom, it’s not lost on her what a great honor and privilege it was to stand there at the podium.

Sarah further joked with reporters by claiming the chaos in her home with three growing kids prepared her for the White House and dealing with the press corps.

Huckabee claims she wakes up at 5 a.m. every day to spend time with her spouse and kids. She told the New York Times she loves talking about her family and it comes naturally saying "That’s just kind of who I am."

The Couple Founded A Consulting Firm In 2016

In 2016, Bryan along with his wife founded a consulting firm named Second Street Strategies. The firm was located in Little Rock, Arkansas where the pair was living at the time. 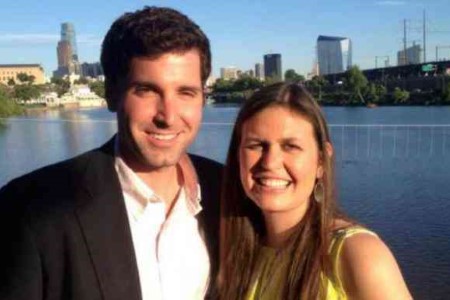 The mission of the firm states: It aims to provide "general consulting services, including strategy, research, polling, message development, and advertising production and placement for candidates, independent expenditure committees, businesses, and non-profits."

Since Sarah Huckabee Sanders currently seems to be extremely committed to working in the White House, the company appears to be on hold at the moment. 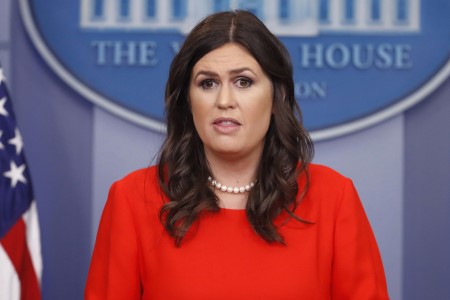 For all the latest and greatest news on your favorite celebrity, make sure to follow MarriedWiki!!!