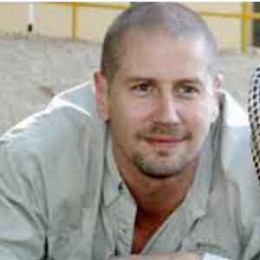 The American-Australian biologist Bryan Grieg Fry is widely known for his appearance in the Discovery Channel's show, "Treasure Quest: Snake Island". He refers to himself as Venomdoc and has done work on zootoxins and venom evolution. From his research, he has written two books "Venomous Reptiles & Their Toxins" and "Venom Doc". Fry has featured on more than 100 documentaries on different channels like Discovery Channel, National Geographic, BBC and Animal Planet. 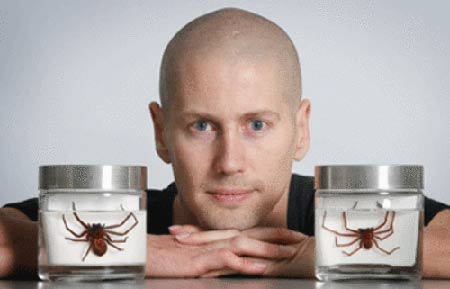 After his formal studies, he moved to Australia to enroll at the University of Queensland to study the toxins of the inland taipans from 1997 to 2000. Fry also possesses a Ph.D. degree from the Institute for Molecular Biosciences and Center for Drug Design & Development.

Bryan Grieg Fry is an American-Australian biologist who has done work on zootoxins which is animal poisons. He is equally known for his appearance in the TV Documentaries and productions of huge channels like Discovery Channel, National Geographic, BBC and Animal Planet.

Fry is a member of the Discovery Channel's show Treasure Quest: Snake Island and in the show they are on a quest to find the treasure hidden in the southeastern coast of Brazil. In the show, he is joined by other members like Jeremy Whalen, Cork Graham, Javier Cortes, and Meghan Heaney-Grier.

He is also popular for his work on poisonous animals, their evolution and making use of animal poisons medically. Fry first started his career as a research associate at the Australian Venom Research Unit in 2000. He soon got the chance to work with Asian poisonous snakes and in the field of evolution of animal toxins at the National University of Singapore. 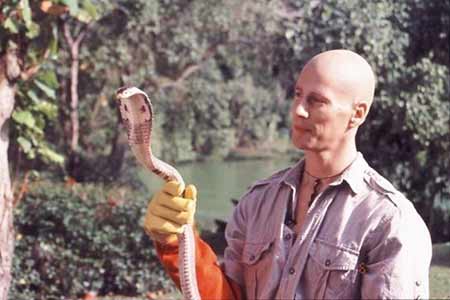 Then after getting official authorization, he started working at the Department of Biochemistry and Molecular Biology at the University of Melbourne from 2007 to 2011. Currently, he is the head of the Venom Evolution Laboratory and Associate Professor at the School of Biological Science at the University of Queensland, Brisbane.

Bryan Grieg Fry is a Television personality whose net worth is not estimated. His main source of earning is from his career as a biologist and television star who stars in the Discovery Channel's show, Treasure Quest: Snake Island. However, the average salary of a Discovery Channel employee is $82,529 annually. Their salary can range from $45,937 to $149,883.

The biologist Bryan Grieg Fry is married to Communication specialist Kristina Formuzal since 2012. They first met each other online and she had confronted him first after seeing his picture on Television and after seeing his komodo dragons tattoos & a snake. Formuzal had found him highly attractive and intelligent so she sent him an email.

Then they started connecting on social media and even traveled to Siberia together to see the largest freshwater lake in the world which was Lake Baikal. After weeks of traveling together they became close and since Formuzal didn't want a long-distance relationship they decided to marry. It was on June 22, 2012, they got married in Moldova which is his wife's parents home and currently, they are residing in Brisbane. 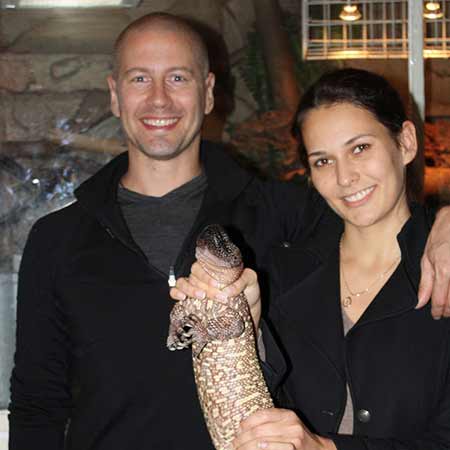 The couple is very supportive of each other and despite being behaviorally different from each other, they manage to live a decent life. Since he has a very risky job of working with venoms, Formuzal is constantly worried and since he has been bitten 26 times it is only natural to be alarmed.

He has a passion for working with various species of snakes from Malaysian king cobra and is literally obsessed with venom. His papers about his research on venom are published in scientific journals and he has featured on more than 100 documentaries on various channels. Fry has written two books like Venomous Reptiles & Their Toxins and Venom Doc.

Here is a video of Bryan Greig Fry explaining about his research.

It was on June 22, 2012, they got married in Moldova which is his wife's parents home and currently, they are residing in Brisbane.