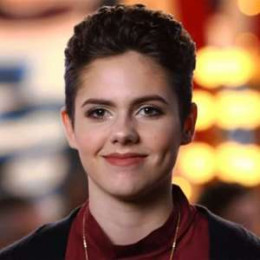 Bevier's life changed when she was diagnosed with ovarian cancer at 15.

You May Like: Learn about the seven most common cancer found in women and also know about the treatments

Calysta Bevier started chemotherapy after removal of the tumor. She often gets herself in the programs about cancer awareness. Her family members have been very humbled by her ordeal and they want to help lessen the burden on others.

Guaranteed to blow your mind

They are collecting toys for cancer diagnosed children to help them fight cancer. Calysta has not revealed anything about her personal life and relationships.

She was born on 17 September 1999 in the United States. Her birth sign is Virgo.

Judge Simon Cowell hit the golden buzzer for her on America's Got Talent.