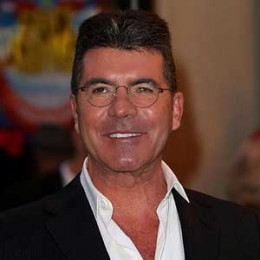 Simon Cowell was born Simon Phillip Cowell on 7th October 1959 in Lambeth, London under the birth sign Libra. Cowell is British as per nationality, and as far as his ethnicity is concerned, he is White. His parents, Julie Brett (was a ballet dancer) and Eric Seling Phillip Cowell (was an estate agent) raised him with his younger brother, Nicholas Cowell and his three half-brothers, Tony, John and Michael Cowell and a half-sister, June Cowell.

Cowell changed almost 16 schools in his lifetime and was a high school dropout student. Later, he earned GEC O levels from independent Dover College and GCE in sociology from Windsor Technical College. After finishing college, Cowell started some menial jobs until his father managed him a job in the mail room.

Simon Cowell began his career in the entertainment field after joining EMI (Music Industry Company). In the early 1980s, Cowell started E&S Music with his former boss leaving EMI. He then formed Fanfare Records with Iain Burton. The label produced some of the hits songs including So Macho by Sinitta and Toyboy among others.

In 1989, Cowell served as an A&R consultant in BMG where he looked out for the talented and versatile artists.

From 2001, Cowell began his TV career after being selected as a judge on the first series of Pop Idol, British TV music competition by Simon Fuller. Among the contestants of Idol, he signed Will Young and Gareth Gates, both went on to have No. 1 UK hits and became the top 2 best-selling singles of 2002.

In 2002, Cowell also judged the first season of American singing competition show, American Idol with Randy Jackson and Paula Abdul. In the same year, he established a company named, Syco and divided into Syco Music, Syco TV, and Syco Film. With the help of the company, he deals in music and TV and also helps in producing some of the popular shows like Got Talent and The X-Factor franchises.

In 2010, Cowell left American Idol and was replaced by Steven Tyler. In September 2011, he formed an American version of the British show, The X Factor where he appeared as a judge with Louis Walsh and Sharon Osbourne in the first series. He then worked with several other celebrities on the judging panel including Dannii Minogue, Gary Barlow, Mark Hudden, Kate Ceberano, Britney Spears and Demi Lovato among others.

After the success of The X-Factor, Cowell formed another show named, Got Talent which was originally the format of the British show, Opportunity Knocks. In 2006 he debuted in America’s Got Talent and in 2007 in British’s Got Talent with Amanda Holden and Piers Morgan.

In March 2006, Cowell appeared on ABC's, American Inventor where he served as a co-producer with Peter Jones. In the same year, he worked as an executive producer in an American reality show, Celebrity Duets hosted by Wayne Brady and judged by Little Richard, David Foster, and Marie Osmond.

Simon Cowell, the most influential man in the world, has a controversial dating life. Cowell dated Lauren Silverman who happens to be his own best friend’s (Andrew Silverman) wife.

In July 2013, Andrew filed for an at-fault divorce against his wife citing adultery naming Cowell as a co-respondent after the news of Lauren’s pregnancy with Cowell's child.

As of now, Cowell and his partner are happy with their son named, Eric Cowell who was born on Valentine’s Day in 2014, however, are not yet married. Also, Lauren has a child named, Adam Silverman from her previous marriage, currently living with his father after their separation.

Before, he had affairs with many ladies. He dated a make-up artist, Mezhgan Hussainy, got engaged in 2010 but called it quits in 2011 due to some unknown issues. In 2012, he also dated a glamorous American model, Carmen Electra.

Cowell was a chain smoker, started smoking at the age of 8 but as of now, as per some online sources is reducing the number of cigarettes he smokes.

In 2010, Times Magazine listed him as one of the 100 most influential people in the world. Also, he listed at number 41 in a list of 50 People who Matter in 2010 and at number 10 in the 2013 list of The 60 Nastiest Villains of All Time by New Statesman and TV Guide respectively.

His company, Syco earned $105 million a year. With such income of the company, he made $1.4 million including profit. Cowell also collected $100 million and $75 million from one of the highest-rated TV shows like American Idol and The X-Factor respectively.

Simon Cowell is involved in various charities for many years. Cowell is a patron of the leading UK charity, Together for Short Lives, supporting the needy children.

In 2003, he appeared on the charity of BBC Children in Need. He raised $20 million from the fund-raising event in LA to support Israeli Defense Forces. He also donated $150,000 personally to the same cause.

After dangerously fainting from low blood pressure in 2017, Simon Cowell decided to undergo a dramatic weight loss transformation to take care of his health. 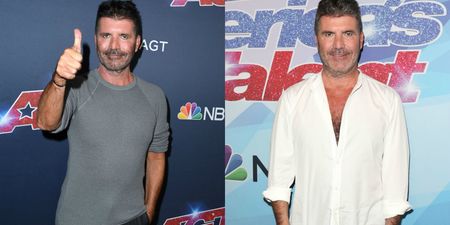 Amazingly, just in a few couple of months, Cowell lost a whopping of 20 Ibs by cutting off high-calorie drinks, oily and fatty food and even certain alcohol. His son is also the reason Simon decided to lead a healthy lifestyle.

On the occasion of Valentine's Day in 2014, Simon Cowell and Lauren Silverman welcomed their first child. He is now three years old and is too adorable.