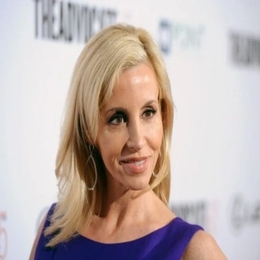 Camille Meyer is a famous American TV entertainer, professional dancer, actress, model, and producer known for her bold and confident appearance in the American hit show The Real Housewives of Beverly Hills. Camille is one of the successful female celebrities who made her powerful impact on big as well as a small screen through her glamourous style alongside she is a social activist.

What is Camille's Marital Status? Know About Her Personal Affairs

The California-based actress Camille Meyer created a buzz on the media platform due to her love affairs and marital disputes news with her ex-husbands and lovers; however, all the arguments are settled through legal procedures.

Everyone in the media who follows the American Television industry knows that Meyer had bitter past relationships and legal battles with her lovers. Let's know detailed information about her personal love affairs.

Camille is the ex-wife of an American Tv producer, comedian and actor Kelsey Grammer, best known for his roles in the drama series Boss, Cheers and My Fair Lady.

The celebrity duo fell in love with each other during the early time of their career; after having a long-term affair with Grammer, they decided to tie the knot in 1997 in Malibu, California.

Even after over decades of marriage, everything was fine between the couple, and they were blessed with their two children, one daughter and one son, through surrogacy. Still, Camille filed a divorce case after her husband's accusation of physical abuse in July 2010. After 13 years of marriage, the couple decided to part away from each other and legally separated in February 2011. 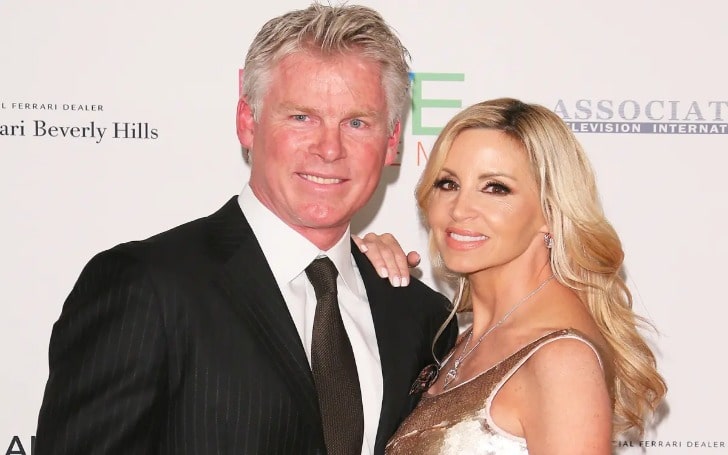 Camille Meyer and her new husband David Meyer SOURCE: Page Six
With her bad past marital experiences, Camille again started her love affair with her boyfriend, fitness trainer and lawyer, Dimitri Charalambopoulos, on October 29, 2013. But besides, their affair didn't last as Camille filed an assault charge against Dimitri on the accusation of abusing her in a Housten Hotel room for two days while she was recovering from skin cancer, and they had broken up after their disputes and physical violence.

Luckily, Camille found her love and dated one of the top lawyers and attorneys of the United States, David C. Meyer, in 2017. They became engaged in October of the same year and happily married David on October 20, 2018, in Hawaii.

The power couple met at a party through their common friend and decided to spend the rest of their life as a married couple. They seem happy with their company as they share beautiful couple goals in their public appearances. David had truly loved Camille along with her children with true heart and honesty.

What is Camille Grammer's Net Worth?

Camille Meyer is one of the prominent personalities in the American entertainment industry as she has contributed her talent as a commercial model, actor, writer and dancer. Besides acting, she performs anchoring in big events and makes guest appearances on shows, proving that she is one of the richest TV entertainers of the time. The RHOBH star has an incredible net worth of $50 million as per various online sources.

Camille has worked in the TV industry for more than three decades, where she has achieved enormous recognization in her field of work. Camille is known for her elegant and luxurious way of living in the US; she co-founded the Grammnet production house with her ex-husband Kelsey Grammer. 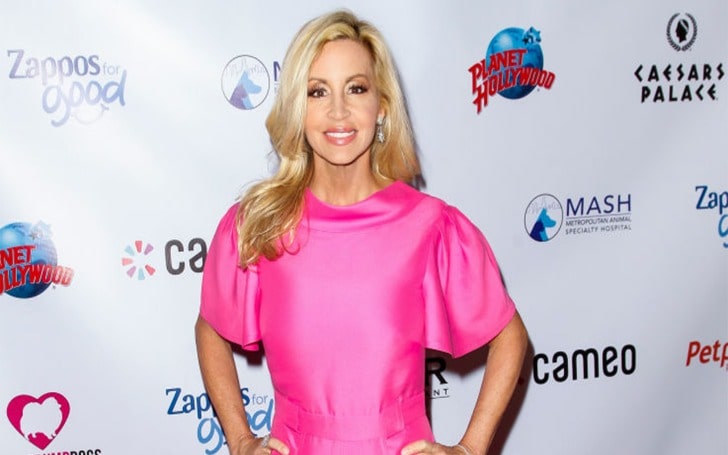 The actress received $30 million as a divorce settlement with her ex-husband Grammer in 2011, along with custody of her two children in the courtroom. According to the media, Meyer owns a beautiful lavish house in BigIsland and charges high payments for her performance in the drama series.

The multitalented lady had Malibu located home worth $3.20 million; unfortunately, it burned in the LA wildfire.

The Club MTV fame dancer Camille Donatacci, also known as Camille Meyer, was born to white parents on September 2, 1968, in California, the United States, where the actress and media star spent her memorable childhood days in New Jersey. She graduated from UCLA School of Theater, Film and Television in Los Angeles. After learning arts and dramas, she continued her roller coaster journey of becoming a household name in the USA.

Camille worked as a dancer at the beginning of her career before she came into the limelight; nonetheless, she is a former model who worked for an adult magazine such as The Play Boy. The glamourous star has contributed her acting skills in the shows like The Naked Detective, Gary The Cat, An American Carol and TheHungover Games. She has worked in various television popular shows. Still, she is best known for her appearance in the unscripted TV show The Real Housewives of Beverly Hills, where she played her nonfictional character in the series.

Camille Meyer at the event posing for the photo SOURCE: Page Six
Meyer is also a center of attraction regarding hosting and public interaction. She is well known for her impressive anchoring in the big events on Academy awards on CNN live. In her career as an executive producer and scriptwriter, she has come up with brilliant projects, Girlfriends, Medium, and The Game, with her coowned production house Grammnet Productions.

About her battle with  Cancer

Meyer is a media influencer and public idle; many of her followers take her as a role model and inspiration because she tackled all the obstacles and difficulties in her life, and in the end, she achieved a successful life. In 2013 the legendary actress was diagnosed with endometrial cancer, and she survived undergoing treatment. 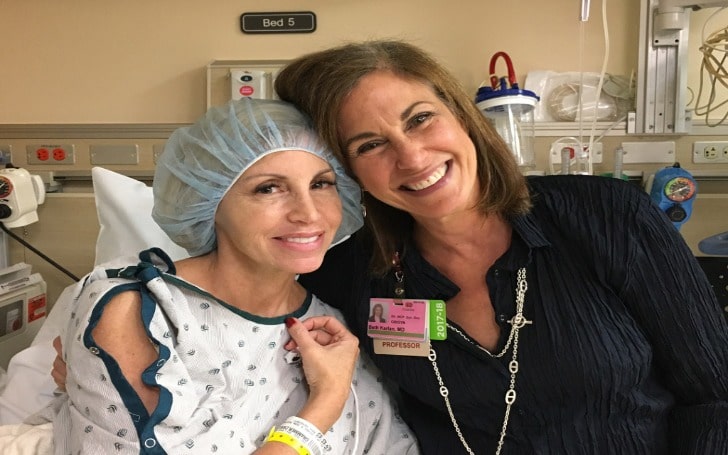 Again in 2017, she had skin cancer, but she recovered having full courage and faith on belief on herself. After surviving such a disease, she started creating an awareness program for the cancer campaign. She is a public representative for the Foundation made for the welfare of cancer and its patients. She is an inspirational star as she becomes full determined with her health and personal life at the worst days of her life without losing her hopes.

Regarding Camille's children with her ex-husband Grammer, they become parents with their first daughter Mason Olivia and son Jude Gordon through a surrogate mother. Camille didn't give birth to her children, but there is no doubt that she loves her kids and she is a good mother to them.

Check out her videos to know more detailed information about Camille Meyer!

The 53-year-old fought for her two children's custody during the divorce case file with her ex-husband; moreover, Meyer was the stepmother of Grammer's first two children from her previous wife before the divorce. Both children live with Camille in Los Angeles after long case trials with the love and support of each other.

Stay connected with marriedwiki to be updated with the latest news about your favorite stars.

They separated after physical abuse accusation by Camille to Grammer after 13 years of the long bond.