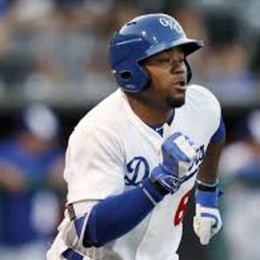 Spending more than fifteen years as a professional in the baseball pitch playing in some of the reputed teams in Major League Baseball, Carl Crawford emphatically triumphed in his career. He played for teams like Tampa Bay Devil Rays, Boston Red Sox, and Los Angeles Sox. In his illustrious career, he has won several individual awards like Gold Glove Award, Silver Slugger Award, etc.

How Is Carl Crawford's Personal Life Going On?

Former Los Angeles Dodgers star is possibly single and not in association with anyone right now.

Due to his absence on social media, the information regarding his current private lifestyle has been limited. He might be single right now, but as a result of his past relationships, he is a father to four children already. So, who were his partners?

Past Affairs, Break-Ups, and Children

The baseball player has had a fair share of relationships in the past. He was in an intimate relationship with Amy Freeman in the early 2000s.

The pair shares two children, a son and a daughter, from their time together. Despite having two kids with Amy, it has been learned that the two only committed in love for a few years.

The former Boston Red Sox player was not in a relationship, but in 2012, he met up with his former lover, and the two had consensual sex, which led to the birth of their second child in the summer of 2013.

At the time of their son's birth, Carl was dating television personality, Evelyn Lozada. The news became a cause of controversy in the media as the "Basketball Wives" star was pregnant with the athlete's child. 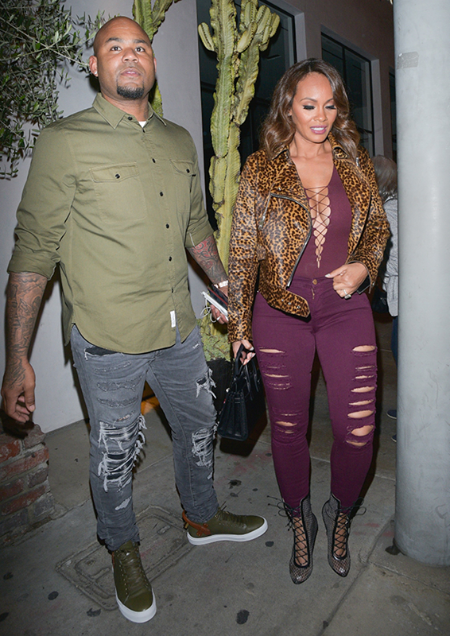 The startling news, however, did not create an immediate impact on Crawford and Lozada's relationship as the two were deeply in love with each other, and Evelyn already knew about her beau's other baby. It was also later clarified that Carl was a single man by the time he began dating Evelyn.

Even though the news of the birth of baseball player's other baby birth shocked many, it did not disrupt the celebrity pair's bond, in fact, they became even closer.

On December 24, 2013, on the occasion of Christmas eve, the former Gold Glove winner proposed his beautiful girlfriend with an expensive diamond ring reported worth $1.5 million. The model said "Yes" and subsequently became engaged.

Not long after that, the duo's happiness doubled when they welcomed their son, Carl Leo Crawford. Carl Leo is Evelyn's second child, her first being Shaniece Hairston whom she had from her past affair. After the birth of their child, they were in chemistry for four years. 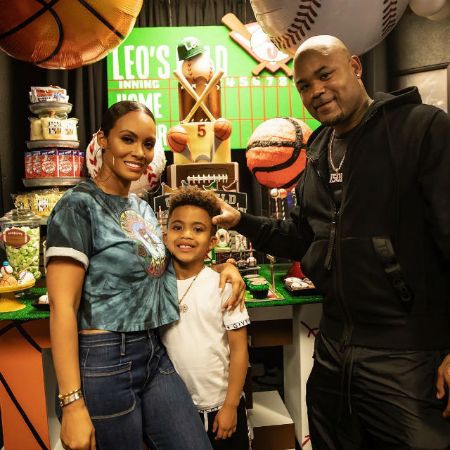 It seemed like the couple would make their marriage announcement at any time; however, the exact opposite happened. In August 2017, news came out that Crawford and Evelyn called off their engagement. Later, it was learned that the pair had already separated in February.

The television star's representative stated infidelity as the main reason for the unfortunate breakup. Regardless of their personal differences, the estranged couple agreed to co-parent their son.

Father To A Fourth Child And Possibly Sixth

In 2018, Crawford once again became a father to a child when rumors surfaced that his secret affair with his new girlfriend Gabby gave birth to a baby. The lady gave birth to their daughter Celine Jolie Crawford in November 2018.

Since then, however, there has not been any news regarding his intimacy with the mysterious lady. It is understood that they are no longer together.

In June 2019, a new rumor appeared that Carl was becoming a dad for the fifth time. Reportedly, the newborn baby is a boy, Carson D. Crawford, whose mother is Megan Monae. However, the story is highly untrustworthy, and it has not been confirmed Carl is the father to the child. Moreover, the former baseball star is yet to comment on it.

Crawford's Net Worth And Assets

Check out the clip of Carl Crawford playing baseball!

The 1.88 meters tall has a huge mansion in Wellesley, Massachusetts, which he bought for $2.5 million in April 2011.

Crawford's 11,093 sq. Feet residence has nine bedrooms, nine and a half bathrooms, a wood-paneled library, garage, and various other features. But, in 2012, he put his house on sale for $2.9 million.

Carl Leo Crawford is the son of former couple Carl Crawford and Evelyn Lozada. He was born in 2014.