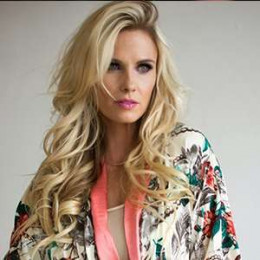 She is an American YouTuber who loves to inspire others to her real life, mistakes through her popular YouTube channel CarlieStylez. She mainly uploads videos related to style, health, family, fitness, love, and happiness. She is a daughter of Carl and Laurie Butler. She has earned the degree in Associates degree in communications from Boise State University. She was a Cheerleader during her college. Before she started her YouTube channel, she used to work as counselor assistant at a middle school.

Talking about her personal life, she is already married. They got married after he proposed in Disneyland during VidCon. They seem to be very happy and satisfied regarding their relationship and there is a very less chance of them going for a divorce.

Carlie Butler was born on 5 June 1987 in Phoenix, AZ. Her birth sign is Gemini. She has three brothers. The family moved to Idaho when she was just 2 years of age.

She was a cheerleader while studying Boise State University. She received her Associated degree in communications. She is the sister of fellow YouTuber Shay Carl.

Before starting her career as a YouTuber, she started working as a counselor assistant at a middle school. She coached cheerleading and managed a salon. Also, she worked as a waitress. 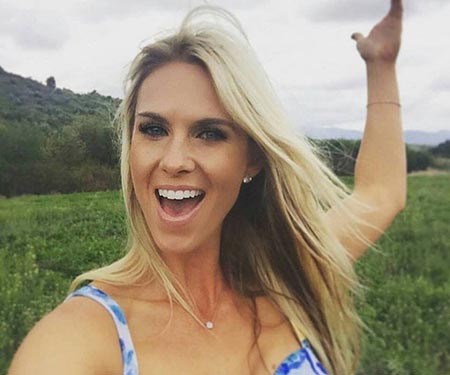 She uses her channel to upload content related to fitness, style, health, love, and happiness.

YouTube stars have a huge net worth. Details about her net worth and salary is still under review.

Butler is living a blessed life with her husband Jackson Wood. The couple exchanged vows on 20 November 2015. They have two children; a son named Elliot and a daughter named Lenny.

Nothing else matters.. #givethanks #familyfirst #thanksgiving2018

Her sisters Colette and Kayli captured the most wonderful moment of Lenny's birth in 2018. Have a look:

She was previously married to Christian Colonel and the two have a son named Cooper.

Who’s counting down the days until a summer picnic?GIVEAWAY When you partner with your favs you can’t wait to share! One lucky winner will win a Travel Picnic Rug ($135 value) To enter: 1 Follow @carlistylez and @skova.co 2 Give this photo some love! 3 Tag all your favorite peeps (Each new comment = one new entry) Open to US residents. Not sponsored by Instagram. Giveaway ends 1.28 at 11:59mst. Winner will be announced on original post the next day. No purchase necessary.

Butler is active on Instagram and she frequently shares wonderful moments captured with her husband and children.

The couple got married after he proposed her in the Disneyland. Together they make a very cute couple and they seem to be very happy with each other.