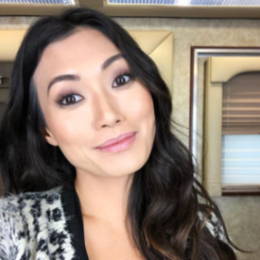 Catherine Haena Kim is in a romantic live-in together with her mysterious boyfriend. To be precise, the starlet has not yet walked down the aisle but assumes the chemistry between the two, and they will make it happen soon. 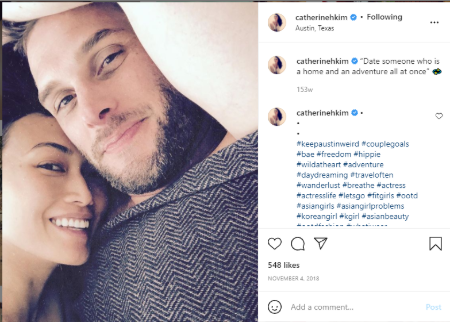 Catherine Haena Kim has been dating a mysterious man for the past three years. SOURCE: Instagram

Kim has not revealed her partner's identity nor introduced him to the fans. Despite the fact, the FBI cast frequently uploads those moments she spent with her man on an Instagram account.

Till today's date, there are no signs of her separation or split with her boyfriend. Likewise, Kim does not have any children with her partner regarding family matters, but she considers herself a mother to a fur baby (dog). Catherine is pretty much fond of animals.

Catherine Haena has an estimated net worth of $1 million as of 2021. She amassed a huge fortune from decade long career as an actress and Video Jockey. The brown-haired worked as an MTV VJ and MTV K, a Korean version of the American entertainment broadcasting company