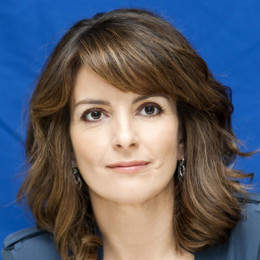 Tina Fey is a prominent American actress, producer, writer and also comedian who is popular as the first lady head writer at Saturday Night Live. She also played a successful role in 30 Rock.  Besides, she is best known for her work on the NBC sketch comedy series SNL.

Tina Fey is happily married to her longtime boyfriend, Jeff Richmond, a music composer, actor, director, and producer. The duo tied the knot on June 3, 2001, during a Greek Orthodox ceremony after kindling romance for eight years. They met for the first time in 1993. 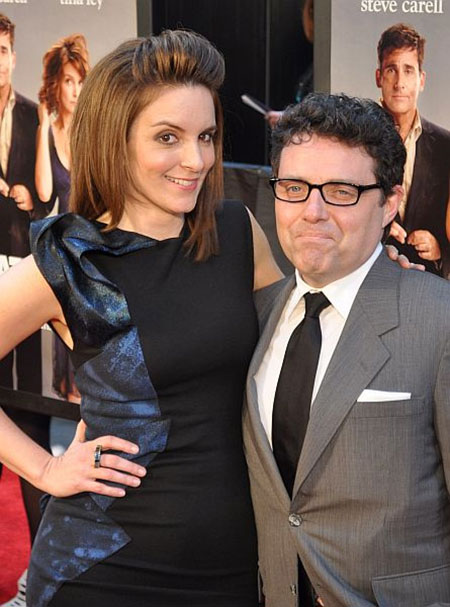 Tina and her spouse, Jeff are proud parents of two adorable children- Alice Zenobia Richmond and Penelope Athena Richmond. The couple's first child Alice Zenobia was born on September 10, 2005, while the second one arrived on August 10, 2011.

Ever since the lovebirds are united as life partners they share amazing chemistry as Romeo and Juliet in this modern age giving relationship goals to their admirers.

Fey and Richmond have been together for over eighteen years now. Till today, neither of the pair is involved in extramarital affairs and divorce rumors. There has been no misunderstanding between the two.

What Is Tina Fey's Net Worth?

Tina Fey is one of the successful actresses and comedians. She has an estimated net worth of $65 million. She earned $500,000+ per episode from her appearances in the TV series. Her lover turned life partner, Jeff Richmond possesses a net worth of $3 million.

The Upper Darby Township, Delaware County born actress shares a $3.4 million dollar house on the Upper West Side in New York City where the currently live.

Except for being known as a prominent film actress, Fey gives her hand for humanitarian works too. She is actively involved in non-profit organizations, End World Hunger campaigns, and charity which includes support of Autism Speaks and sponsors autism research.

Back in2008, she participated in Night of Too May stars, a comedy benefit program for autism education. Needless to say, Tina is a true supporter of a global relief and development organization, Mercy Corps' Action Center in NYC. Therefore, in 2009 she was awarded and entitled "Mothers Who Make a Difference 2009".

In 1997, Tina Fey hired as a head writer for Saturday Night Live and won the Writers Guild of America Award in 2001. She portrayed the role of Liz Lemon in the film 30 Rock.

In 2002, Fey named in the Hot 100 List of Maxim Magazines. Since 2015, she is portraying the role of Marcia / Dr. Andrea Bayden in Unbreakable Kimmy Schmidt for which she earned Emmy nominations.

She starred in Degrassi: The Next Generation opposite gay actor, Daniel Levy. In addition, she got an offer to be a part of the notorious TV series, "30 Rock" alongside Tracey Wigfield.

Then Fey joined  Upper Darby High School, where she was an honors student and was a member of the choir, drama club, and tennis team. She graduated from the University of Virginia.

Before marriage they dated for more than 7 years. He is father of two daughters. Couple's picture can be found in different sites.

She is the eldest daughter of the family. Her picture along with her mother can be found in different sites.

she is cute and adorable and she resembles more like her mother. Her pictures can be found in internet.