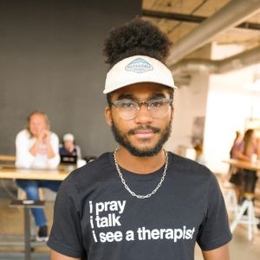 Caziah Franklin is prominent for being the son of the sixteen-time Grammy Award winner Kirk Franklin whose full name is Kirk Dewayne Franklin. Kirk is an American former make-up artist, choir director, singer, songwriter, and author who received his first Grammy award for Whatcha Lookin'4. Besides, Caziah has already followed his father's footsteps and works hard to make a name for himself. He mentioned himself as a musician, writer, producer, and photojournalist.

Does Caziah Franklin have a Girlfriend?

Caziah Franklin is an emerging young artist who grew up in a musical environment. Besides, Caziah is primarily prominent for being one of the four children of the sixteen-time Grammy Award winner Kirk Franklin. Kirk is also a famous gospel artist.

Caziah is taken by his gorgeous girlfriend Alena Pitts and enjoys a blissful relationship, moving on to his romantic life. Caziah & Alena share pictures of the pair holding hands, traveling outside, and doing outdoor stuff on their respective Instagrams. 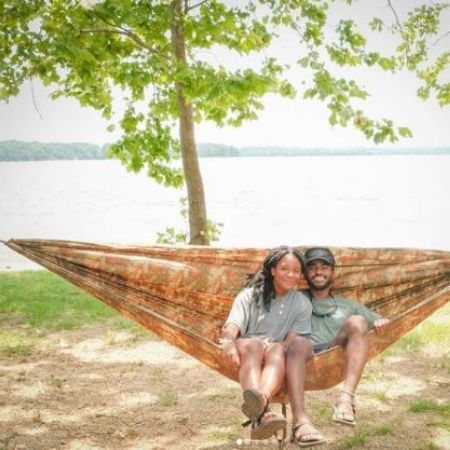 Well, it seems like the love-romance among the lovebirds is strong. The two started dating in early 2021. Infact, both share common interests and like to sing & play musical instruments. It won't be surprising to many if the couple might change their lovey-dovey relationship to married later in the coming days.

As of January 2022, Franklin and his beloved girlfriend are still going stronger. On the last day of 2021, Franklin shared a picture with Pitts from a winter trip and beautifully yet wrote, "Last post of the year. No deep words. Just my favorite person." in the caption. 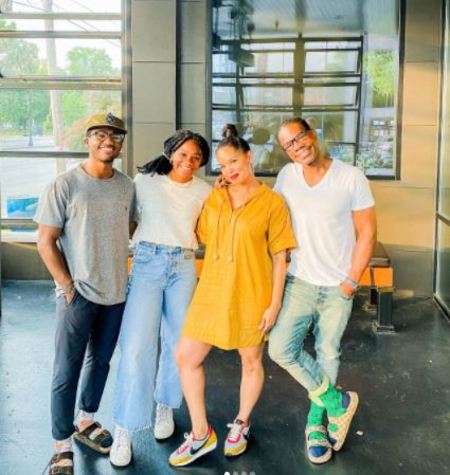 Despite living together for nearly two decades, no rumors of separation from the family are reported. They live lavish life together in Dallas, Texas. Likewise, Kirk's adopted daughter Carrington Collins is married, and she has a baby boy Shiloh Nakwaasah.

But once in March 2021, Kirk's eldest son Kerrion hit the headlines after his 45-second clip of a heated argument between him and his father on his Instagram. Later on, Kirk felt sincerely sorry for his verbal abuse and uploaded an apology video on Twitter. There he confessed, "I'm not perfect, I'm human, and I'm going to make mistakes, and Im trying to get it right." It is believed the relationship between father and son is now standard.

Caziah Franklin grew up in musical family background. Caziah's father is gospel music, and his mother continued in the R &B group in her early twenties. Caziah got inspired and encouraged by his parents and continues to work hard to make a name for himself in music. He mentioned himself as a musician, writer, producer, and photojournalist in his Instagram bio. But he has not disclosed her net worth to the media.

Watch the video of Caziah Franklin speaking on how his father inspired him to music below.

Well, Caziah is already following his father's footsteps as he often posts clips of himself playing drums, guitar, or singing on his Instagram account. But Franklin is Caziah Franklin, young but talented with his inherited music skills from his father.

Not to mention, Caziah released his EP titled The Cedars in 2021. Caziah's music received sound responses from his viewers. And, there is no doubt, Caziah will make it as big as his dad in the music industry.

Speaking of Caziah's father, Kirk has summoned an excellent net worth of $8.5 million, similar to Harry Hamlin's. Most of his wealth is collected from his albums sales and live tours. His success shows how people can turn rags to riches with the right talent and hard work. Franklin's debut album, Kirk Franklin & The Family, earned platinum sale status.