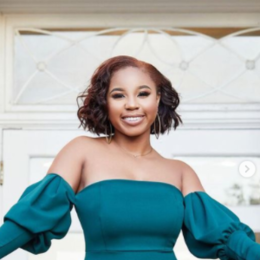 Kennedy Franklin is widely popular as a member of the Baylor University co-ed cheerleading team. She has earned sizeable fan followers on social media especially on Instagram.

Franklin is possibly single as of now. The celebrity kid has not yet introduced anybody as her husband or as a hopeful boyfriend. And, it looks like Franklin is not looking for a man or has no intention to publicize her relationship and man who loves her loudly, publicly, privately, and has her back. 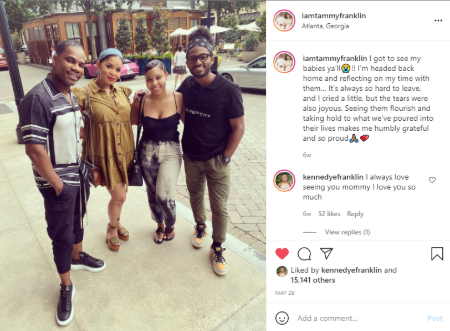 In addition, Frankin is the youngest child of his parents, Tammy Franklin and Kirk Franklin who married on January 21, 1996, in a lavish ceremony. Kennedy's mother Tammy recently wished her loving husband a "Happy 25th wedding anniversary" on January 21, 2021, with a sweet picture of two via Instagram.

Gospel singer Kirk Franklin is a father of four children aka Kennedy's other siblings; Kerrion Franklin, Carrington Franklin, Kennedy Franklin, and Caziah Franklin. When the singer wed Franklin's mother, both of them had a child from a past relationship.

The artist had a son Kerrion while Tammy had a daughter Carrington whom Kirk legally adopted later. The duo later welcomed Kennedy and Caziah. Caziah, 21, seems to follow in his father's footsteps as he frequently posts clips of himself singing and playing on Instagram.

Franklin uploaded her first photo to Instagram on August 1, 2013. She was still studying at high school at the time. Moreover, amidst the freshman season on the cheer team at Baylor, she posted her basketball and football matches. 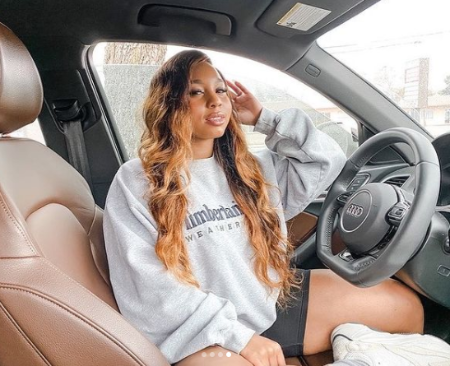 On 31st July 2015, Franklin shared a snapshot of her meeting Chance, the Rapper, on the Instagram page. Kennedy, however, was already popular before she earned fame as a cheerleader because of her parents. And, the curly black-haired will definitely inherit a large chunk of wealth built by her 16-time Grammy-winning father, Kirk Franklin.

With a net worth of $8.5 million, Kennedy's father is counted among the richest gospel musicians in the world in 2021. Mr. Kirk bagged a huge amount from his career as a gospel musician, choir director, and author.

Likewise, the 24-year-old drives a lavish white Audi car, which costs around $39,100 to $40,900. The former cheerleader lives in a luxury mansion located in Texas with her parents and brother Caziah.