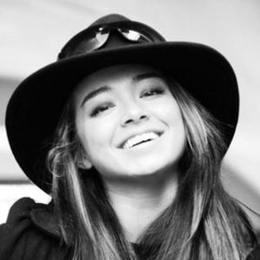 Chanel Rion is White House Correspondent of One America News Network. She is also a conservative and ardently supports Donald Trump.

Chanel Rion was born in April 1990, and as of July 2020, she is 32-years-old. Her birth name is Chanel Nmi Dayn-Ryan, and she legally changed her surname in 2019 before applying for security clearance for her White House Press Pass.

There is not much information about Rion's mother except for the fact that she is from South Korea. On the other hand, her father, Dann O Ryan, has been much talk of the town because of his legal history. 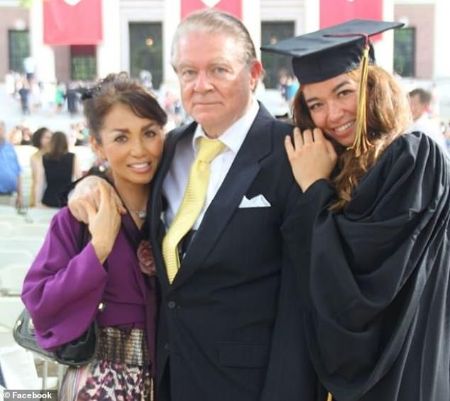 Rion's father, Dann O Ryan, has been accused of defrauding property investors in Texas under many of his different aliases. Dann O Ryan was born as Danny Preboth in Kansas but later adopted several names including Danford Nmi Dayn-Ryan, and Michael David Ryan.

Chanel has talked several times about her South Korean heritage but has not talked about her paternal grandparents. Her grandfather Allene Cunnigham and grandmother were well-Known psychics based in Kansas.

Though Rion was born in Texas, she and her siblings, Channing Rion and Baron Ryan, grew up traveling all around the world. They lived in Seoul, South Korea, France, Missouri, and Florida.

Is Chanel Rion a Harvard Graduate?

On the surface, Chanel Rion do have a degree from Harvard University, but in the closer inspection, it is much complicated. In 2010, Rion began the International Relations Course with the Harvard University's Extension School. It is a separate organization to the main college and offers non-degree programs with far less rigorous or competitive entry requirements. She graduated in 2015 with a four-year bachelors and one-year graduate degree.

Rion has revealed that the Unversity was the first time she gained formal education in her life. Previously she was mostly homeschooled except for a short period in France.

Who is Chanel Rion Married To?

Chanel is engaged to Navy Veteran Courtland Skyes since July 2016. The couple first met at Harvard during a CIA recruiting event. Over the years, Rion and Skyes' relationship has gained quite an attention among the public because of their very conservative gender roles. The Navy veteran is quoted saying,

"I want to come home to a home-cooked dinner at six every night, one that she fixes and one that I expect my daughters to learn to fix after they become traditional homemakers and family wives."

Surprisingly, Rion agrees with her fiance's statement and told DailyMail.com,

"I consider cooking my job even if I have a career and even if crazy feminists think I shouldn't." 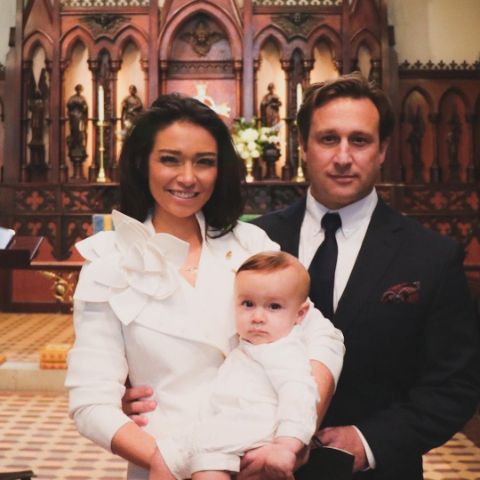 On April 12, 2021, Chanel Rion and Courtland Skyes tied the knot and became husband and wife. The wedding of the couple was held in complete secrecy. The couple only has one child together. On July 8, 2021, Chanel rion gave birth to a son, who was a boy. He goes by the name of Atlas.

Chanel Rion Is an OAN WH Correspondent, Illustrator, and Entrepreneur

Chanel Rion currently works as White House Correspondent for One America News Network. Though she has not been a reporter for a long time, she has already made a name for herself because of her closeness to Donald Trump and his family members.

Also, Rion is a Illustrator and currently working in publishing an adventure book series for young girls titled Mystery by Design. Previously she published her illustrations on her blog called The Left Edge. Her illustrations mostly promoted conspiracies such as Pizzagate and criticized Democratic donors such as George Soros. Furthermore, Chanel is also a founder and curator of Wordebys.com: Collector of Fine Words.

Chanel though is a multi-talented personality; however, her job at OAN is her only source of income as of now. On average, a reporter at OANN earns $40,020/year, so she is likely making on the same range. Her Net Worth as of 2022 is $50,000.

The couple only has one child together. On July 8, 2021, Chanel rion gave birth to a son, who was a boy. He goes by the name of Atlas.