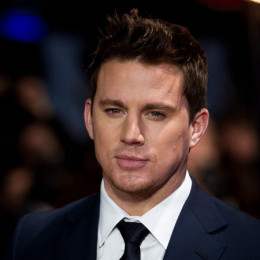 Channing Matthew Tatum is an actor, model, film producer and dancer, best known for his role in the 2006 dance film Step Up. He was named People Magazine's Sexiest Man Alive in the year 2012. He is the son of Kay, an airline worker and Glenn Tatum, who worked in construction. He studied at Gaither High School located in Tampa, Florida and later transferred to Tampa Catholic High School.

Moving on to his personal life, he is a married man who married his long time girlfriend with whom he has raised a beautiful daughter. The couple is often spotted together at various award functions and events and together has opened up a restaurant and bar "Saints & Sinners", in November 2012. Being so popular and handsome, there is no any details about his past affairs.

She is an actress and dancer. The couple first met on the set of their movie "Step Up" and started dating on September 2005.

She is the first child of Tatum and his wife who was born safe and healthy.