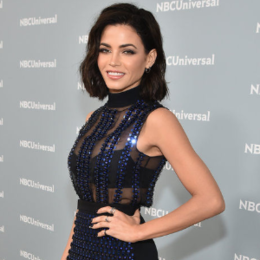 Jenna Lee Dewan (commonly known as Jenna Dewan) began her career as a background dancer but her hardwork turned her into a superhit American actress and dancer. Her personal life is also as successful as her professional career. In fact, Dewan gave birth to her second child just a few days before.

The 'Supergirl' actress has, so far, appeared in 38 films and television. Although she came as a low profile artist in the industry, she was able to get the attention of a lot of audiences. In this article, we will be talking about her personal life.

Jenna Gave Birth to a Newborn

Recently, Jenna Dewan, along with her fiance, Steve Kazee, welcomed a new-born to her family. They named the child Callum Michael Rebel Kazee, who was born on March 3, 2020. 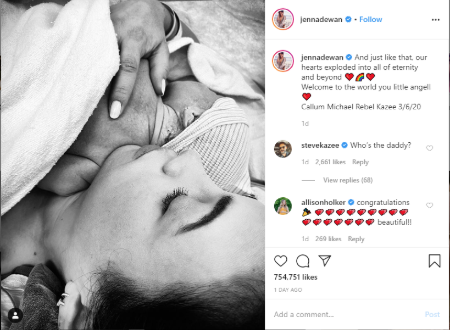 She mentions that by giving birth to him, their hearts exploded into all of eternity and beyond, and she warmly welcomed the little angel to the world.

The American dancer Jenna Dewan exchanged the ring with 'The Walking Dead' actor, Steve Kazee on 19th February 2020. On that day, both Jenna and Steve shared the same picture on their Instagram profiles showing the engagement rings. In her post, she stated

A lifetime to love and grow with you...you have my heart 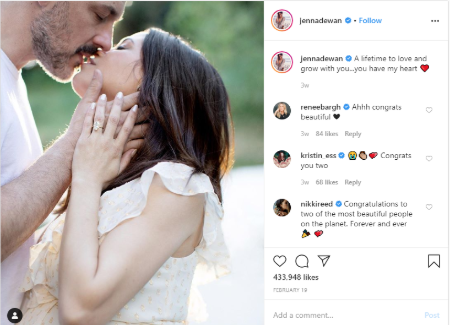 Dewan engaged with Kazee on February 19, 2020. SOURCE: Her Instagram

As a matter of fact, the 39 years old revealed her relationship with the Tony Award-Winning actor five months before giving birth to their baby boy. When she was 37 years old in October 2018, the pair was spotted deeply kissing at Casamigo's party. And also, they were seen together in events like Halloween party. So, suddenly after the Casamigos incident, Jenna disclosed her relationship with the 44-year-old heartthrob. Telling the truth, they were in an open relationship after six months of her divorce with her former husband, Channing Tatum.

Unfortunately, after nearly nine years of their marriage, The 'Step Up' lovebirds chose to split up. Furthermore, they together made a joint statement mentioning they are kindly getting a divorce. The ex-lovers admitted it's finally time for two friends to move on, and always they will love their daughter in the same way as they did. 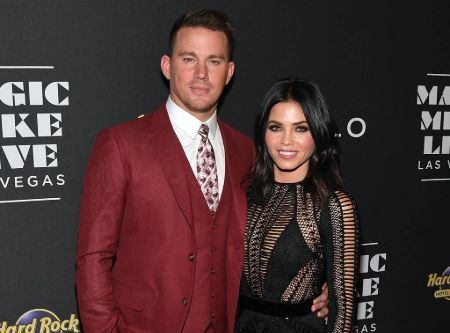 Dewan and Tatum are separated after 9 years of the wedding vows. SOURCE: E! Online

The Ex-partners first met at the set of Step Up(2006) in which, Channing and Jenna portrayed the role of Tyler Gage and Nora Clark. After the completion of the movie, they started falling in love with each other. Finally, they shared the wedding vows nearly after three years of dating on July 11, 2009, at Church Estates Vineyards in Malibu, California. 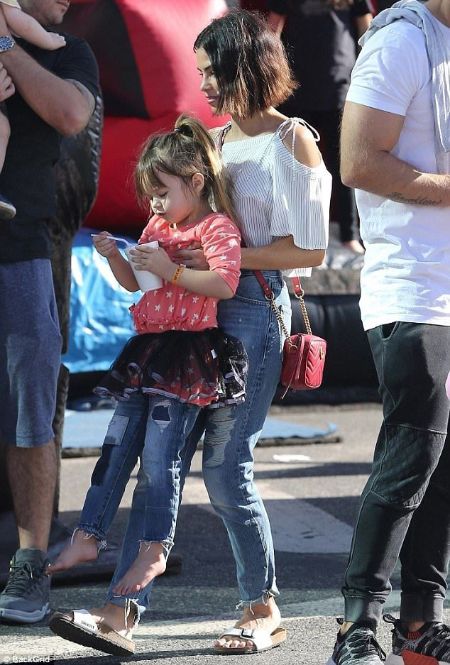 Four years after the wedding, the former couple bore a lovely daughter, Everly Elizabeth Maiselle Tatum in May 2013. Her ex-husband said in an interview on The Late Show with David Letterman, Everly's middle names are kept from Jenna's grandmother, Elizabeth, and his grandmother, Maiselle.

For more Bio, Articles, News and Relationship of your favorite celebrities, check out marriedwiki.com

Channing Tatum and Jenna Dewan were together for almost 9 years. The duo separated just a couple of years ago.

Everly Tatum is now six years old. Her parents got separated in the year 2018. She was born in May 2013.

Callum Michael Rebel was born on March 6, 2020. His parents, Jenna Dewan and Steve Kazee just got engaged 16 days before his birth.