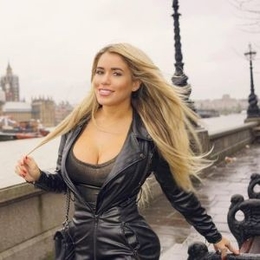 Chantel Zales is considered as of the most popular and skilled Latina model from the United States who has modeled for popular brands like Maxim and FHM. The glamorous model also worked as an actress on the film "Piranha 3D" movie.

Chantel Zales is a glamorous model who won millions of hearts by showcasing her perfectly curved and steamy body. She lies upon the heart of many men around the globe. But what about her? Is there a soft corner for any men inside her heart?

Chantel is happily single as of now. The model seems focused on her career as of now. Moreover, the model is never linked with any men as of 2019. 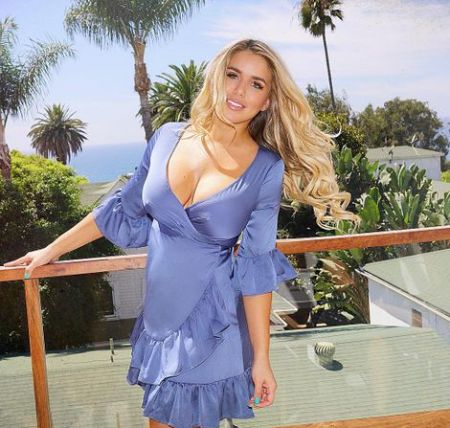 It looks like the model is waiting for the love of her life while passionately following her modeling career. Also, the model might have been dating a guy secretly.

Thanks to the popularity of the model, Chantel has garnered a huge fan following her social media sites. More to that, she is quite active on Instagram where she posts many of her personal life and professional life pictures.

Zales often goes in various historical places and also vacation destination regarding her modeling work. Further, she often pleases her fans by sharing her daily life pictures through which she gathered over 4.1 m followers on her Instagram account. Besides, Instagram, the model is also active on Twitter, where she garnered over 26.3k followers as of 2019.

Chantel Zales is a famous International lingerie, swimsuit, and fashion model who worked for various modeling brands in her career. Through her work, she garnered a handsome sum. So then, what is the net worth of the model? 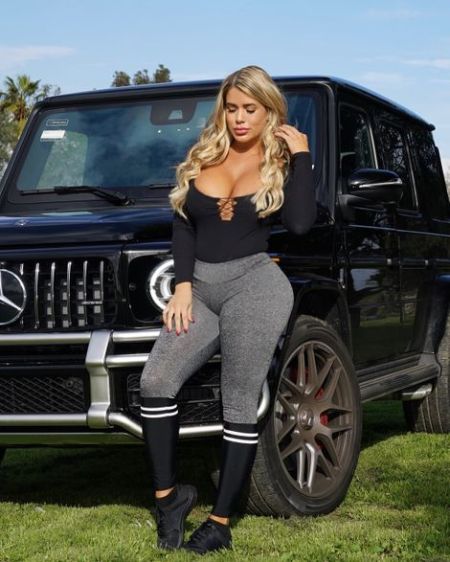 The gorgeous model moreover started her career by working as an account executive for a boxing company. She used to handle sponsors and hire ring girls for ESPN fights. Slowly after that, she moved her career towards modeling.

Zales is an international model who majorly works as lingerie, swimsuit, and fashion model for the international magazine named Maxim. One can know how popular the model is as Maxim only featured those models who are at the peak of their career.

The star has also been featured in various magazines like FHM, Arena, and many more. Besides modeling, she was also featured in the film "Piranha 3D" as a bikini girl. Following that, the film is starred with the actors like Jerry O'Connell, Jessica Szohr, and Richard Dreyfuss among others.

Chantel Zales is a car lover and owns a couple of luxurious cars including a black-colored Mercedez Benz-AMG G 63 jeep. Further, the vehicle costs $147,500 in the market. 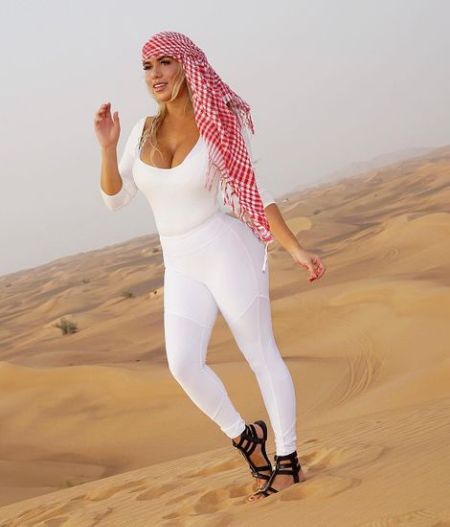 Glamorous model, Zales during one of her photoshoot in Dubai. SOURCE: Chantel Zales' Instagram (chantelzales)

Chantel Zales stands at the height of 5 feet and 7 inches (1.70 m) above from the ground and weighs around 54 kg. Additionally, she holds a pair of attractive blue eyes and blonde hair. Furthermore, her body measurements are 37-25-36 inches, and her shoe size is 8 (US) or 39 (EU).