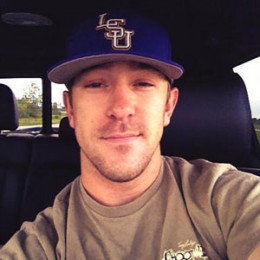 Chase Landry is a famous American TV personality, best known for appearing with his family in the History channel series, Swamp People, which documents the lives of alligator hunters in Louisiana.

Chase Landry was born on 25th April 1989, Pierre Part, LA, to parents Tory Landry, reality star of Swamp People and Bernita Landry, a facilitator by profession at Pierre Part Elementary School and is a publicist with the History Channel.

He grew up along with sibling brother Jacob Landry and Brandon.

For the last five generations, the Landrys have been involved in hunting, fishing, and trappings. As he grew up, he developed interested in the family business, chasing alligators.

Later, in 2010, the Discovery channel chose his family to start the new TV reality series, Swamp People. The show first aired in the same year and has been pretty successful. The series documents the lives of alligator hunters in Louisiana.

He joined the show and appeared in more than 50 episodes of the show. He shares the screen with fellow alligator hunters RJ and Jaya Paul Molinere on Swamp People. Now, the series is in its eighth season, rotating cast with few permanent members of the show.

He along with his brother, Jacob, father Troy Landry and Troy’s brother Guy Landry is also a part of the Swamp People reality show on the History Channel.

According to TMZ, Chase was once arrested for illegal discharge of a weapon after shooting a boat. Later, he clarified that he feared the boat would hit and sink his boat while out alligator hunting.

An arrest warrant against Landry was issued back in December 2017 when he failed to appear in court for a gator hunting-related incident.

He was arrested earlier for firing on another boat while gator hunting in 2016. He never showed up to the court for his trial and that's the reason why Lousiana police issued an arrest warrant against the reality TV actor.

After receiving popularity as a TV personality, Chase has successfully made an estimated net worth of $200 thousand.

Chase is a married man. Somehow, he has kept his personal life far away from social media. He is a father of Riley Black Landry.

The details like his wife's name, their marriage date have not been shared. Maybe he prefers to keep his private life away from the spotlight.

Riley Black Landry is the one and only daughter of Chase Landry.