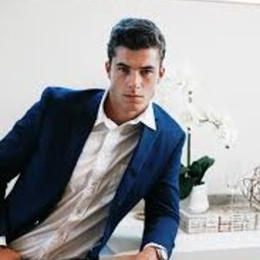 How Long Has Chase Mattson Been Dating Kelianne Stankus?

Chase Mattson is not single. He's got engaged to a fellow TikTok star and a world-class gymnast Kelianne Stankus after dating six months. Mattson proposed to Stankus with an engagement ring on December 12, 2020. 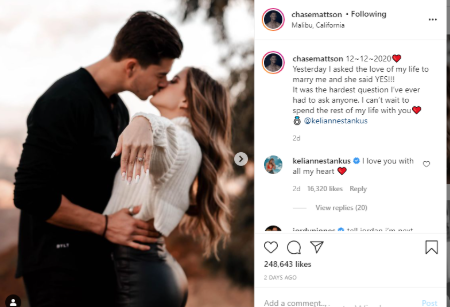 The gymnast posted a series of three pictures of her and Chase on the day he got down on one knee. The first snap is of the two embracing as Kelianne shows off her cushion cut engagement ring with a diamond halo.

In the second shot, he popped the question to a completely surprised Kelianne. Similarly, in the last show, the lovebirds were kissing as Kelianne shows the camera her ring. Stankus captioned her post "I said yes to the man of my dream. I can't wait to spend life forever with you".

Mattson was previously in a relationship with a lady named Devyn Jackson. Nonetheless, it is not still clear whether the two were just dating or they've got married. 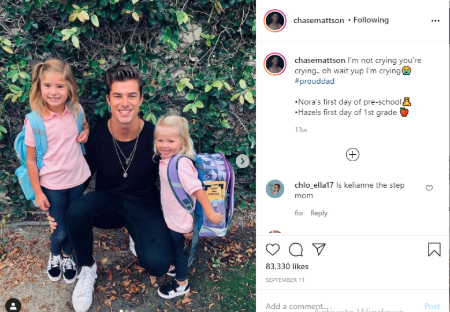 With ex-partner Devyn, Chase shares two beautiful daughters Hazel,6, and Nora,3. Back in 2015, Chase had a photoshoot with Kara Nixon Photography which feature his ex-lover and their kids.

What is Chase Mattson Net Worth?

Chase Mattson possesses an estimated net worth of $1 million as of 2020. He says most of his income is credited to his career as a model and TikTok. The 28-year-old's other source of income is ad revenues, endorsements, and sponsorships.

Mattson runs a merch "shopchasemattson.com" will sells unisex hoodies. Speaking of the YouTube channel, He has amassed over 9.5k followers and 152,677 views on Youtube in a few months of creating a YouTube channel. 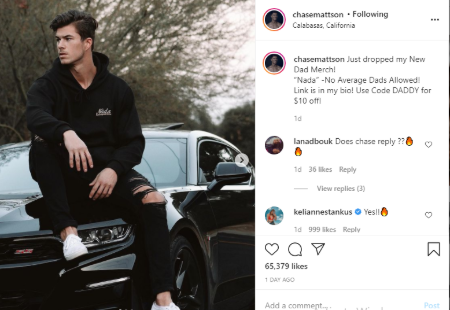 Mattson, a California-born model started his career in modeling at acting right after graduating high school. Before fame, Mattson started his job at Hollisters at age 17 with Dylan Albino. At the same time, he was scouted to model by his agent Mark Mendez. In the same vein, he was signed with his first acting agency Luber Rocklin Acting when he turned 20.

Mattson's fiance, Kelianne Kelliane is famous for her appearance on The Ellen DeGeneres show to showcase her talent. She notably won gold at the freedom at freedom cup in 2005. As a member of an acrobatic dance group, she utilized hoverboards in 2015.

Hazel Mattson was born in 2014 in the United States. She is the first child of Devyn Jackson and Chase Mattson.

Nora Mattson was born in 2017 in the United States. She is the second child of Devyn Jackson and Chase Mattson.