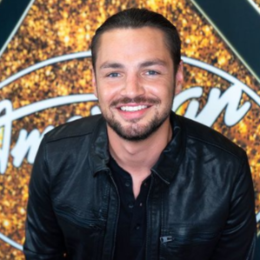 Chayce Beckham is a singer who won the hearts of millions after winning American Idol. He participated in the fourteenth season of the singing competition show which skyrocketed him to fame.

Chayce Beckham is possibly single as of now as he is yet to introduce any woman as his girlfriend to his fans. And, when he does, Beckham will surely break a lot of his fans' hearts. But, in the meantime, tt seems like the singer-songwriter is more focused on his musical career rather than a relationship. 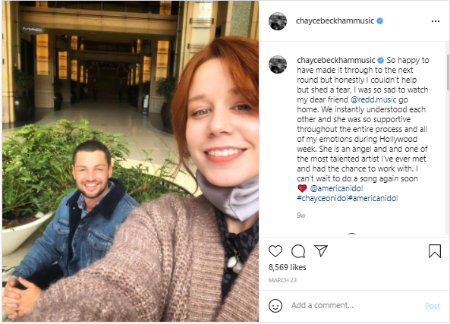 Speaking of Chayce Beckham's relation with Christina Daughtery, they are not actually girlfriend and boyfriend. In fact, the two met on American Idol to pave a new way as a musician for themselves.

Christina and Chayce also delivered a heartfelt performance on the 23 March 2021 episode on American Idol. Not only that, the pair were belted out "July" by Noah Cyrus & Leon Bridges. And, while practicing regularly on the set of American Idol, the duo grew closer as friends.

Beckham was the first contestant who hailed from Southern California to star on American Idol. And, Chayce made his and his parent's dream come true as he won the 19th season of American Idol in 2021.

Not to mention Beckham was in a band before he joined American Idol. And, Chayce successfully built his musical career despite facing numerous obstacles in the field.

The American Idol platform was actually a great part of his storyline to pass his career even higher. To date, he is the only person to participate in American Idol from Southern California. And, Beckham also moved to Nashville to work on his music he will be releasing after he won American Idol.