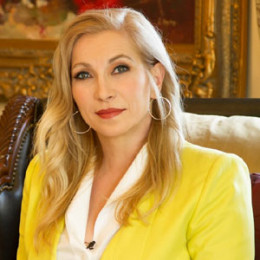 Martha Stewart of Marijuana, Cheryl Shuman is the founder of the Beverly Hills Cannabis Club. She is one of the successful women who explored her skills in a Cannabis Media and Culture Field. Shuman is currently dating English TV and film producer, Nigel Lythgoe.

Cheryl Shuman was born in Buena Vista and she was raised in Portsmouth, Ohio.

Shuman is a media and Culture Expert. She started her career in 1967 working with Bob Hope and George Bush on The Bob Braun Show. She got involved in the media field creating a coupon and refunding system when she was only 16. She was named The Coupon Queen for her incredible work.  She then worked at Starry Eyes as a specialist in lifestyle, entertainment, and consumer marketing.

Later on, she worked for an optical retailer and also as a personal optician of Michael Jackson. In 1996 she founded the Beverly Hills Cannabis Club. She introduced her 25 years of industry experience to her agency.

Furthermore, she became the charter member of Beverly Hills NORML Women's Alliance also serving on the steering committee for Public Relations and Marketing on an International platform.

She was named Martha Stewart of Marijuana by LA Weekly in 2015 whereas Cannabis Queen of Beverly Hills by The New York Times' Theodore Ross. She skillfully converted her non-profit career into a most profitable media enterprise.

In addition, Cheryl also worked as an executive director of Celebrity, Media and Public Relations for the KUSH Brand. The Brand includes sub-branches like KUSH Magazine, KUSH Conventions, and DailyBuds.com.

Besides that, Cheryl has made her appearance in several interviews of television programs, newspapers and magazines such as  ABC News, CNN, Fox News, NBC News, Access Hollywood in 1996, Entertainment Tonight in 1981, NBC Today in 1952 , HBO Entertainment News, Lifestyles of the Rich, Famous in 1984 and many others.

Throughout her career, she worked with the popular clients like Tom Cruise, Madonna, Arnold Schwarzenegger, Demi Moore, and Steven Tyler.

The beautiful blonde Shuman is currently in a romantic relationship with English TV and film producer plus director, Nigel Lythgoe. They made their relationship official in an event of OK magazine. The girlfriend-boyfriend are often seen spending quality time together.

Cheryl proved to be a great survivor who got lucky enough to survive cancer and two car crashes. She used cannabis therapy at that time.

As one of the most influential women Cheryl earns quite a lucrative amount from her career. Her net worth possibly exceeds million.

Her hard work led the KUSH Brand from $150,000 in gross revenues to more than $6.5 million in revenue in short span. She takes the responsibility of $100 million funding facility to invest in the cannabis sector.