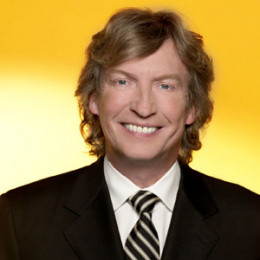 Nigel Lythgoe is a British TV and film director and producer. He is also a former dancer and choreographer known as the member of Young Generation. He is best known for his works in Pop Idol, American Idol and So You Think You Can Dance. Nigel is currently dating Cheryl Shuman, the founder of Beverly Hills Cannabis Club.

Lythgoe was born on 9 July 1949 in Wallasey, Wirral, England. He is the son of dock worker George Percival Lythgoe and Gertrude Emily Lythgoe.

Lythgoe began his career as a professional dancer in the corps de Ballet for the National tours of The Merry Window. Later he joined the BBC dance troupe The Young Generation. His incredible performance led him the promotion in 1971 from a dancer to a choreographer.

Since then he served as a choreographer in over 500 television show. He also performed with famous dancers such as Cyd Charisse and Gene Kelly. He is the only person to dance, choreograph, produce and direct the Royal Variety Performance.

He then worked at London Weekend Television as a Head of Entertainment and Comedy. While working there, he produced shows like Gladiators and Blind Date. In 2000 he was appointed as a judge on Popstars. He was named Nasty Nigel by the British tabloid Press for being a tough judge of the show. He collaborated with Simon Fuller as a president of Simon Fuller’s 19 Entertainment. They together formed a show Pop Idol.

He became the producer, judge, and co-creator of So You Think You Can Dance in 2002. In 2007 he became the founder of BritWeek. It was his collaborated work with prominent California-based Brits, like then-British Consul-General Bob Peirce. In 2009 he founded a company Big Red 2 Entertainment along with Fuller. ‘Superstars of Dance’ was the company’s first venture. Besides that, he also appeared as a judge on the popular show So You Think You Can Dance. He returned as an executive producer of American Idol in 2010 after he left the show on 4 August 2008.

The 68-year-old Nigel is in a romantic relationship with the founder of Beverly Hills Cannabis Club, Cheryl Shuman. They made their relationship official in the event of OK magazine. Nigel and his girlfriend are often seen attending several events together. They seem happy and deeply in love with each other.

Lygothe was once a married man. Bonita Shawe a.k.a Bonnie Lythgoe is the ex-wife of Nigel. The former pair first met on the set of BBC’s Young Generation dance group. They dated for several months before exchanging vows in 1974. However, they eventually separated and finalized their divorce in 2010. The pair has two children together. Their son Simon Lythgoe and Kris Lythgoe are now popular producers. They produced shows like American Idol, and So You Think You Can Dance.

Nigel once suffered a heart attack in January 2003. He then gave up the smoking habit. He survived a burst appendix in October 2003.

Lygothe is one of the well-paid dancer, choreographer, film director, and producer has accumulated an estimated net worth of $110 million. He is also the owner of Villa San Juliette, a vineyard in Paso Robles in California.

Bonnie Lythgoe is a retired British dancer who served as a producer and director of different theatre productions since the 1990's and 2000's. After living as husband and wife for nearly 36 years Bonnie and Nigel divorced in 2010.

Simon Lygothe is the older son of Nigel Lythgoe from his ex- wife Bonita. He was born in Britain.

Kris Lythgoe is the younger son of Nigel Lythgoe from his ex-wife Bonita. He was born on10 May 1979.