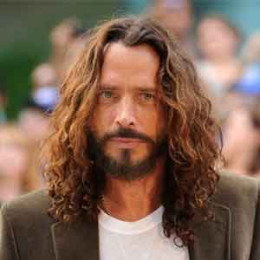 The late American rock musician Chris Cornell was best known for being the lead vocalist for bands Soundgarden and Audioslave. In his career as a musician, he had sold around 8.8 million digital songs, 14.8 million albums and 300 million on-demand audio streams in the United States and made a worldwide sales of 30 million records. His best features include his nearly four-octave vocal range and his extensive vocal belting technique. For his amazing music, he was awarded the Grammy Awards twice and received 15 nominations for it.

Chris Cornell was born Christopher John Boyle to parents Edward F. Boyle and Karen Cornell on July 20, 1964, under the birth sign Cancer in Seattle, Washington, United States. His mother Karen was an accountant while his father Edward was a pharmacist. Cornell was of mixed descent of Jewish and Irish. He was raised alongside his two brother and three younger sisters. Cornell's parents separated when he was just a teenager and all of their children adopted their mother's maiden name as their surname.

As for his educational background, he attended Christ the King Catholic Elementary School. During his time there he first started singing in front of a whole crowd and sang One Tin Soldier, an anti-war song of the 1960s. Later on, he enrolled at the Shorewood High School but his mother pulled him out of the school since he was beginning to create a lot of troubles at the school. 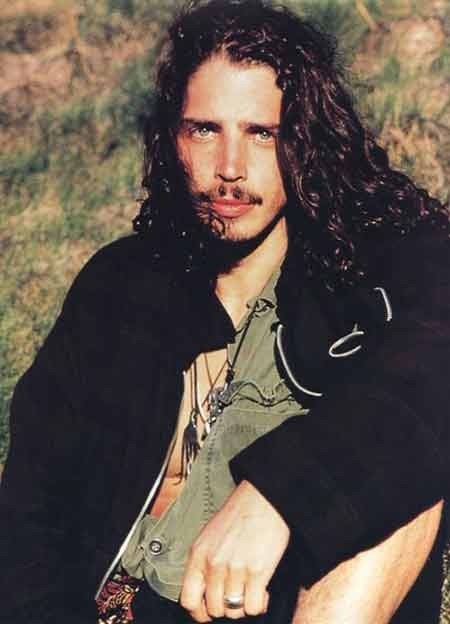 Being a young fresh mind he had many questions which mostly proved to be notorious and inappropriate. After dropping out of school he wouldn't go out much and stayed locked in his room listening to rock music as music controlled his anxiety problems. At the mere age of 12, he even got into drugs as he started taking marijuana, LSD, psilocybin mushroom, prescription drugs, and alcohol.

Cornell was interested in music from an early age and his early musical influence was the Beatles. He even took guitar and piano lessons & was overwhelmed when his mother gifted him a snare drum. Before gaining recognition in the music world, he spent his time doing part-time jobs and worked as a busboy, dishwasher, sous chef at Ray's Boathouse and a fishmonger at a seafood wholesaler. Then he went on to pursue his career as a musician.

Chris Cornell was professionally a singer, musician, and songwriter who started off his musical career in the early 1980s from the cover band, The Shemps and used to perform around his hometown, Seattle. After the band disbanded he formed his own band named Soundgarden.

His music genre is heavy metal, grunge, alternative rock, hard rock, and alternative metal. He played instruments like guitar and drums but mostly did vocals. Later on, he also started appearing in movies and began involving himself in advertisements and endorsement deals. Cornell was the face of fashion producer John Varvatos' 2006 ad campaign.

Besides, he launched his own music publishing company called You Make Me Sick I Make Music and opened up his restaurant in Paris and named it Black Calavados. In 2009, he planned to make a movie of Philip Carlo's true crime book, The Night Stalker: The Life and Crimes of Richard Ramirez and in 2011 there was news that the role of the main lead Ramirez will be portrayed by James Franco.

Cornell formed his own band named Soundgarden in 1984 and recruited musician Kim Thayil and Hiro Yamamoto who were also a member of his former band, The Shemps. Cornell was on the vocals, Kim Thayil and Yamamoto were guitarists and for the drums hired Sundquist later replaced by Matt Cameron. The band was first signed to Sub Pop Record in 1987 and released two EPs the following two years.

They were the talk of the town for their music and was even nominated for Grammy for best metal performance for their 1988 SST release Ultramega OK. Soundgarden was later on signed to A&M Records in 1988 and released songs like Louder Than Love and gave hits like Outshined, Rusty Cage, Jesus Christ Pose and so on. Some of their songs even ranked on the top list in the Billboard 200. Later in 2000, Cornell joined the Audioslave band and recorded three albums with them.

As for his solo career, he had helped make music for some big movies like Casino Royal and The Avengers for which he co-wrote their theme song and sang as well. It was in 2007 he went solo and went to two world tours. He has released four solo studio albums like Higher Truth, Scream, Euphoria Morning, Songbook and so on. For his song The Keeper, he landed a Golden Globe nomination. 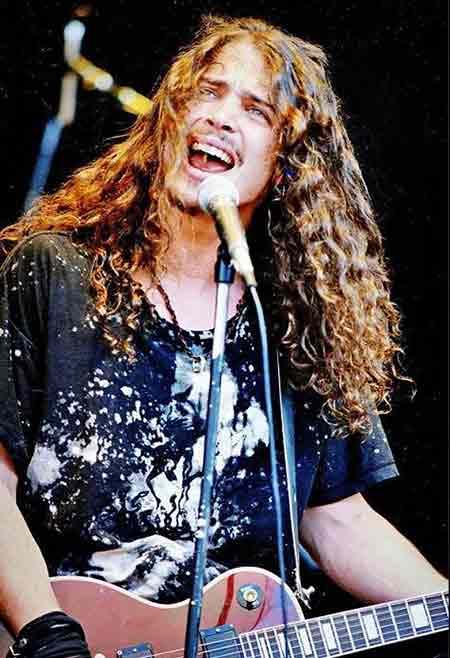 Before his death, he released a song named The Promise which was also used for the movie of the same name. Cornell is still remembered as one of the Best Musician and was placed number nine in the list of Best Lead Singers of All Time by Rolling Stone magazine and number fourth in the list of Heavy Metal's All-Time Top 100 Vocalists by Hit Parader.

Chris Cornell has sold around 8.8 million digital songs, 14.8 million albums and 300 million on-demand audio streams in the United States and made a worldwide sales of 30 million records. Besides he won Grammy Awards twice and was nominated for it 15 times.

The late vocalist Chris Cornell is regarded among the 50 richest musicians and ranks at number 40 in the list. Cornell had an estimated whopping net worth of $60 million which he earned from his 35 years of musical career.

In 2011, the live album named Songbook from his band Soundgarden grabbed $80k and the following year their album King Animal earned him $235k. He was entitled to some luxurious items and properties. Cornell's house in the Continuum South Beach is worth $6 million and his Beverly Hills Estate house was estimated to be $5.4 million in 2013.

Chris Cornell was a married man who tied the knot to American publicist Vicky Karayiannis in 2004. The couple had two children together, a daughter named Toni who was born in September 2004 and a son named Christopher Nicholas born in December 2005.

Before being in a married relationship with her, Cornell had formerly exchanged vows with the manager of band ScreamTreesress and Alice in Chains named Susan Silver. They began dating in 1985 and later in 1990 decided to take their relationship a step further and thus got married. Cornell even had his first child, a baby daughter Lillian Jean with her in 2000. But due to unknown reason, the couple divorced in 2004 and after a four-year battle, Cornell announced about winning back his 15 guitars collection with her wife. 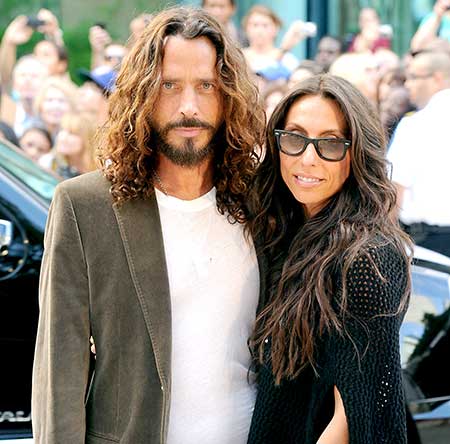 Chris Cornell with his wife Vicky Karayiannis.
Source: Us Weekly

Later in 2012, he along with his wife founded the Chris and Vicky Cornell Foundation which works for the poor, homeless, neglected and abused children. He used to contribute his earnings for the cause.

He was a close friend of late singer Andrew Wood and they used to make music together. In the memory of the musician, Cornell released a tribute album for him. Cornell also had close ties with the Pearl Jam Frontman Eddie Vedder.

The rock musician was found dead on May 18, 2017, in his MGM hotel room in Detroit, Michigan. Cornell and his band Soundgarden were on their reunion concert at the Fox Theater and an hour before his death, Cornell had just performed on stage. He had been suffering from depression and this might be the reason he hung himself. His bodyguard had found him unconscious in the bathroom and he had an exercise band around his neck with blood all over his mouth and neck.

By 1:30 he was pronounced dead by the doctor and after the police investigated there were no signs of someone entering or exiting so his death was declared a suicide completely. His autopsy report showed only some prescription medicines on his body and his death was caused by his struggle with depression, isolation and suicidal thoughts which he has been suffering throughout his life. He had multiple addictions of alcohol and prescription drugs and went sober for some years in his life.

Cornel's body was cremated at Hollywood Forever Cemetery and the funeral was scheduled on May 26, 2017, in Los Angeles. All of his band members attended the funeral and his musical partners were a part of his memorial day. He isn't with us anymore but he will be remembered as a musical legend who is one of the greatest rock musicians of all times.

Here is a video of Chris Cornell giving an interview for the Strombo Show.

They began dating in 1985 and later in 1990 decided to take their relationship a step further and thus got married.

Chris Cornell was a married man who tied the knot to American publicist Vicky Karayiannis in 2004.

The couple gave birth to their first child, a baby daughter Lillian Jean in 2000. After their child was born they filed for divorce.

The couple gave birth to their daughter Toni in September 2004. She has a brother as a sibling.