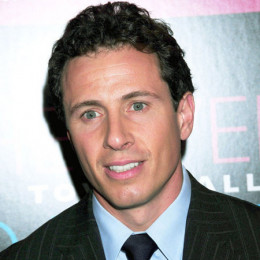 Chris Cuomo is a television journalist who is currently working for CNN. In past, he used to work as ABC News chief law and justice correspondent. He earned his law degree from the Fordham University School of Law. His father was past New York Governor Mario Cuomo. He is brother in law of Kenneth Cole. In the start of his career, he appeared in social and political issues on CNBC, MSNBC, and CNN. He has been nominated for Emmy awards for any time. He is also co-host of CNN's morning show New Day.

Chris Cuomo was born on August 19, 1970, in New York City. His birth name is Christopher Charles Cuomo. He was youngest of five children of Matilda Cuomo and Mario Cuomo. When he was 12 his family moved to governor’s mansion in Albany after his father was elected as governor of New York.

Cuomo attends the Albany Academy and completed his schooling. Later he joined the Yale University from where he received an undergraduate degree. He grabbed his Juris Doctor (J.D) degree from Fordham University.

During the initial phase of his career, Cuomo made appearances in many channels like CNBC, MSNBC, and CNN as a social and political analyst. Later, he became the correspondent for the  Fox News Channel and Fox Broadcast Network's Fox Files. 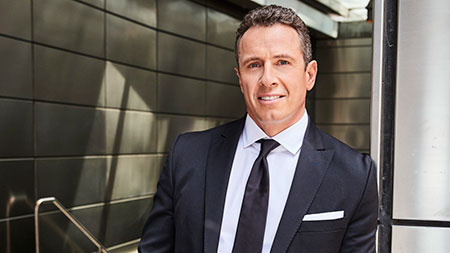 He joined ABC and served as co-anchor of 20/20. He also covered the Haiti earthquake, Child Custody, bullying, and homeless teens. In 2006, he became an anchor for Good Morning America and served until 2009 where he covered the war on terrorism, embedded on multiple occasions in Pakistan, Afganistan, and Iraq.

In February 2013, he moved to CNN as a co-host of its morning show and made his debut as a field anchor on an episode of Piers Morgan Tonight. In October 2017, he hosted the documentary series, Inside with Chris Cuomo, which focuses on "stories affecting real people, in real towns and cities across America".

Cuomo has been nominated for multiples of awards for his work and he has successfully won Emmy Award. Besides his TV personality, he is also a licensed attorney.

The American TV presenter, Chris Cuomo's estimated net worth is $9 million, as per some online sources. In his more than decade-long career, he has worked with many noted networks including CNBC, MSNBC, and CNN.

He currently works for CNN and according to reports, his annual salary is $2.5 million which makes him the highest paid anchor of CNN. Meanwhile, his wife Cristina has an estimated net worth of $5 million.

Talking about his personal life Cuomo is already married to his soulmate, Cristina Greeven. Occupationally, his wife is a magazine editor of Gotham Magazine. The couple exchanged a vow in 2001 in a Roman Catholic ceremony in Southampton, New York.

Earlier, Cristina met Chris in 1998 for the very first time. They eventually fell in love and began dating. 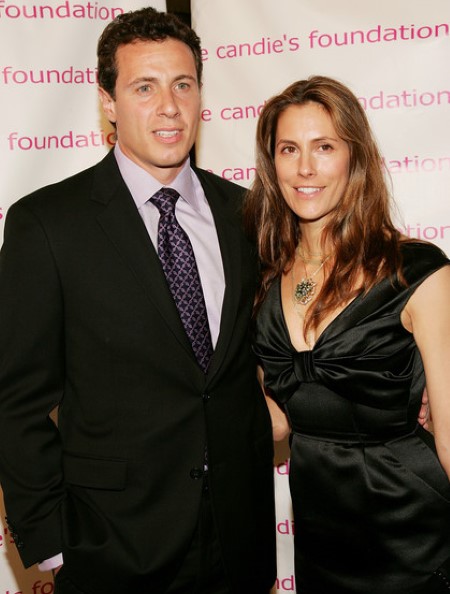 The duo is proud parents of three children; two daughters, Bella Cuomo, Carolina Cuomo, and a son, Mario Cuomo. Chris is living a blissful married life with his wife and children in Manhattan.

There has been no report or rumor about any kind of conflict or extramarital affair from both of them which makes us assume, they are very faithful to each other.

On 31st March 2020, Chris Cuomo shared on Twitter that he has been diagnosed with the pandemic Coronvirus which is also termed COVID-19. Cuomo addressed that he would be then working from the basement of his home and that he wished he didn't pass the disease to his wife and children.

Chris's brother, Andrew Cuomo also publicly spoke on his brother's condition that the correspondent is a strong and essential guy and that he will be fine soon.

Professionally, she is a Gotham magazine editor. Their marriage was performed in a Roman Catholic ceremony in Southampton. She is a mother of three children.

She is very cute and adorable. Her picture along the family can be found in different sites.

She is the youngest child of the family. Her picture along her mother can be found in different sites.