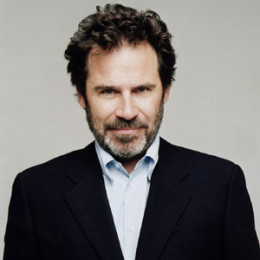 Three times Primetime Emmy Award-winner Dennis Miller is an American stand-up comedian. He is also a talk show host, political commentator, sports commentator, actor, and a radio personality. He is most recognized as a host of Saturday Night Live. Miller married his wife Carolyn Espley in 1988.

Three times Primetime Emmy Award-winner Dennis Miller is an American stand-up comedian. He is also a talk show host, political commentator, sports commentator, actor, and a radio personality. He is most recognized as a host of Saturday Night Live. Miller married his wife Carolyn Espley in 1988.

Dennis Miller was born on 3 November 1953 in Pittsburgh, Pennsylvania. He was raised by his mother Norma, a dietitian in the suburb of Castle Shannon after his parents divorced.  He grew up with his four siblings. He is of Scottish descent. As a kid, he used to play street football, backyard baseball, and basketball.

Miller went to Saint Anne School and there he also served as a manager for the Catholic Youth Organization basketball, age group 15 to 16 years old. While still at school he was taken to see a show of Kelly Monteith, a comedian, at a Pittsburgh club, which inspired him to become a comedian. Kelly even answered young Miller's question about being a comedian, leading him to think more about that career choice.

At Keystone Oaks High School he was a member of the Physical Fitness Club and served on the keynote newspaper as well as on a student council.

He majored in Journalism at Point Park University. There he wrote for the South Hills Record and became a member of Sigma Tau Gamma Fraternity.

Miller began his career working at a Los Angeles comedy club. Prior to that, he worked as a delivery man and Ice Cream scoop. Later he joined KDKA-TV as a host. His talent didn’t go unnoticed and he was discovered by Lorne Michaels at The Comedy Story. Soon after that, he started to work as a Weekend Update anchor on a popular program Saturday Night Live.

In 1992, Dennis launched his own show The Dennis Miller Show which went on for seven months. Furthermore, he has hosted an array of shows including Dennis Miller Live, Monday Night Football, CNBC’s Dennis Miller and Hannity and Colmes. Afterward, he started working in radio with Westwood in 2007. According to Talkers Magazine, he had around 2,250,000 listeners in 2011.

Besides that, Miller has starred in films such as Disclosure in 1994, The Net in 1995. In addition, he produced and featured in Tales From the Crypt Presents: Bordello of Blood. He was cast in Murder in 1997 and Joe Dirt in 2001.

In 1995, 1996 and 1998 Dennis won the Primetime Emmy Award for Outstanding Writing-Variety Series. He has also received WGA Award four times.

Dennis Miller is happily married to his long-time girlfriend Carolyn Easley since 1988. Carolyn is a former Canadian model best known by the name Ali Easley.

The duo welcomed their first child Holden in 1990 while the second child Marlon was born in 1993. The couple has successfully passed three decades of their life together as a husband and wife.

As a stand-up comedian Miller earns a lucrative amount from his career. His staggering estimated net worth is $30 million.

Carolyn Easley is the beautiful wife of Dennis Miller. She is a former Canadian model. The duo tied the knot on April 10, 1988.

Holden is the elder son of Dennis Miller and his wife Carolyn Easley. He was born in 1990.

Marlon is the younger son of Dennis Miller and his wife Carolyn Easley. He was born in 1993.