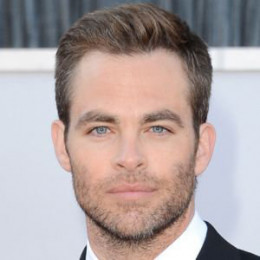 An American actor, Chris Pine is currently dating to actress Vail Bloom since 2015. He is well known for his role as James T. Kirk in "Star Trek". He made his debut role in" ER" in 2003.

Currently, Chris Pine is possibly single but previously he was linked up with several female artists from Hollywood. He dated shortly to television personality Audrina Patridge in 2009. He dated to actress Beau Garrett dated from August 2008 to 2009.

Pine also dated to actress Olivia Munn from 2009 to 2010. He also linked with actress Nathalie Walker (2010), television personality Jasmine Waltz (2010). Chris was a relationship with model Dominique Piek from 2011 to 2013.

Chris Pine holds a net worth of $20 million from his career as an actor.

Chris Pine was born as Christopher Whitelaw Pine on August 26, 1980, in Los Angeles, California, U.S. He was born to actor Robert Pine and actress Gwynne Gilford. Chris Pine graduated from the University of California, Berkeley in 2002, with a bachelor's degree in English.