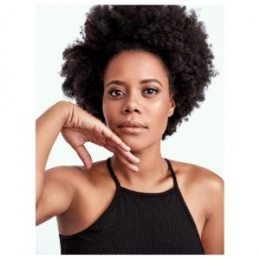 American actress, Christina Elmore is best known for portraying the role of Lieutenant Alisha Granderson in the television series named 'The Last Ships'. She is also popular for her roles in the films and television series including 'Insecure' and 'Fruitvale Station'.

Christina Elmore is married to Ryan Duke. The duo shared the wedding vows on April 6 of 2014 after dating for several years. Moreover, the wedding was held in a private ceremony which was attended by close friends and family of the bride and groom. 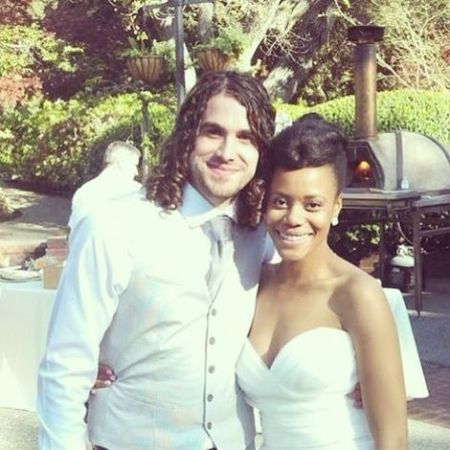 Popular American actress Christina Elmore with her husband Ryan Duke at their wedding.

The couple shares a good bond and is together from over six years. Besides, how the couple first met and when they started dating is still a mystery. As of now, the pair is celebrating their five years of marital relationship. Here take a look at the post-Christina shared on her Instagram wishing Ryan 2nd married anniversary on the 6th April of 2016.

Happy 2nd Anniversary my sweet and wonderful 🐢. You really are God's greatest gift to me #twodownforevertogo

The pair is blessed parents of their son who was born in 2017. The pair is private about their child's identity as they haven't shared the name of the baby yet. Besides, this doesn't stop Christina from sharing the pictures of her adorable son on her Instagram account. Here, take a look at the actress holding her son,

Thanks for making me a mama. You’re the best thing I’ve ever done. 💛

Christina is out of any affairs as of 2019 and is happily living with the soul mate. Further, the relationship between the pair seems fluid as there is no sign of divorce between them.

What is the Net Worth of Christina Elmore? Know about her Salary, Earnings

Today, I slept in, drank fancy coffee, caught a matinee, took a nap, had a swim, enjoyed happy hour, ate a yummy dinner and read a good book. Not bad for a Wednesday. #palmsprings #quickgetaway

Christina started her career in the acting field after appearing in the 2013 American biographical tragedy film named Fruitvale Station. Further, the film was a blockbuster which collected a total of $17.4 million on the box office against the budget of $900,000. What's more, the film was starred with the actors like Michael B. Jordan, Chad Michael Murray, and Octavia Spencer. 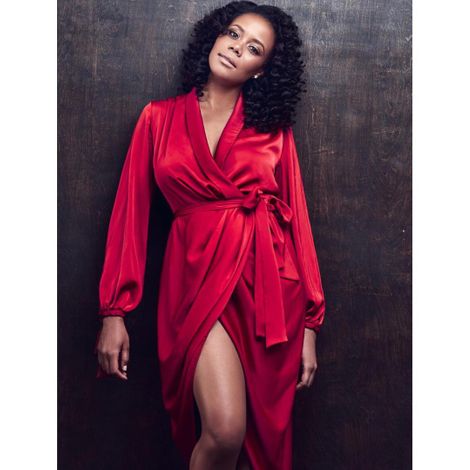 Christina Elmore is married to Ryan Duke. The duo shared the wedding vows on April 6 of 2014 after dating for several years.

Christina and Ryan are blessed parents of their son who was born in 2017. The pair is private about their children's identity as they haven't shared the name of the baby yet.