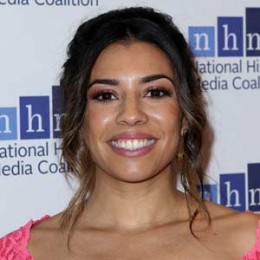 Winner of Young Artist Award Christina Marie Vidal aka Christina Vidal is an American singer, actress, and producer. She is well known for her role in the film like Freaky Friday, Life with Mikey and See No Evil. She is also best known for playing the lead role in the Nickelodeon sitcom Taina.

She is a happily married woman. She married an American actor Marcus Mitchell. The duo tied a knot after dating each other for a long time.

Christina Vidal was born as Christina Marie Vidal to a tax consultant and businessman Manny Vidal and a secretary Josie Vidal. She was born on 18th November 1981 in Whitestone, Queens, New York. She has two sisters, Tanya and Lisa who have also appeared on TV and theatre and one brother Christian.

She attended Performing Arts School of New York. Along with Crystal Grant and Jade Villalon, to learn acting. Later, when she was 17 years old she joined a girl group called Gemstone where she recorded songs with the bandmate Jade Villalon. Likewise, she moved to Orlando, to proceed with filming Taina.

Christina's first audition came when her teacher informed her about the audition for the movie Life and Mikey. She auditioned and successfully got the part of Angie Vega in the movie Life with Mikey starring Micheal J. Fox.

After that, she appeared in many films and the television series. She also performed the role of Tania Maria in the Nickelodeon show Tania.

She joined the band Gemstone and recorded songs with bandmate Jade Villalon. She was briefly signed to MCA Records and released her single Tropical. Her solo debut album was White in the summer of 2002.

She provided guest vocals in 2002, on the remix of Will Smith song Black Suits Comin from Men in Black II. She was also the part of Lupe Fiasco’s 1st and 15th Entertainment. She also sang the song Take Me Away in the movie Freaky Friday. 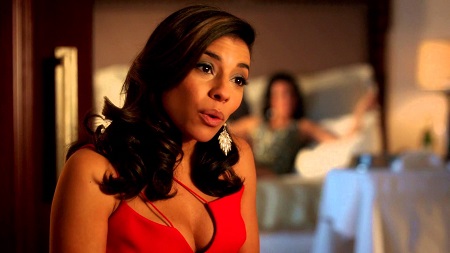 The actress played as Maddie in the movie, Freaky Friday, and in the same year, she appeared in the ABC action TV series, 10-8 Officers on Duty. She made appearances in many films and TV series most importantly in Sabrina, The Teenage Witch where she appeared as a guest.

She also made a cameo appearance in the movie Think I Love My Wife. Vidal played a supporting character in the film Magic Man, which was released in 2009.

Christina Vidal is living a lavish life. According to the sources her net worth is $800K. She is one of the well-known actresses and her income is also not less than thousands of dollars.

She has performed in many films which collected a significant amount of money at the box office. Some of the movies are:

She is a happily married woman. She married an American actor Marcus Mitchell. The duo tied the knot after dating each other for a long time. She keeps her marital life under wraps. 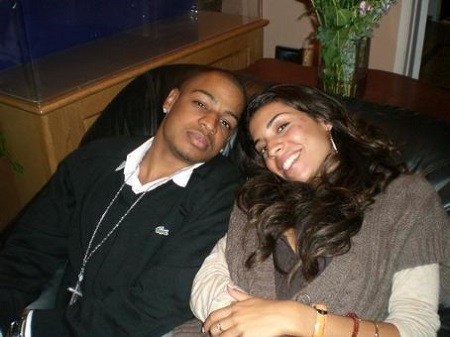 Christina Vidal and her boyfriend Marcus Mitchell
Source: Who Dated Who

The duo tied the knot on September 25, 2016, ensuring the love will spread in their lives even more as a husband and wife. She posted on her Twitter account and expressed happiness for having Marcus for the rest of her life.

She is active in social media where she posts pictures of their wedding day as a flashback memory.