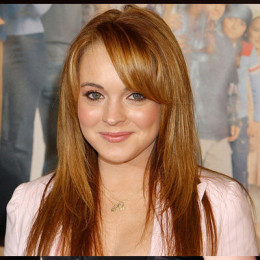 Lindsay Lohan is an American actress, singer, and model who gained her fame in the early age. She had debut in modelling when she was three as a child fashion model when she was three and debut in acting from the soap opera called Another World at the age of 10. She starred in Disney's remake of the movie The Parent Trap when she was 11. Her performance were positively acclaimed that gave her door to more of the movies. She is the eldest child in her family and has three younger siblings who are also actors or models.

Lohan started dating actor Wilmer Valderrama in 2004. After breaking up with Lohan she wrote about her relationship and experience in her second single "Over".

Between 2008 and 2009, she dated DJ Samantha Ronson. Later, she came closer to London based Russian millionaire Egor Tarabasov, owner of the real estate agency Home House Estates. The couple broke up in 2017 and she accused Egor of abusing her. On the other hand, he accused Lohan of stealing £24,000 worth of his belongings.

She performed in the MTV reality series Lindsay Lohan's Beach Club in 2019.