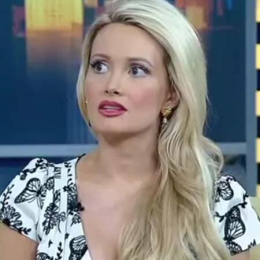 Christine Dolce was a famous American cosmetologist and My Space Internet celebrity who was also famous among her fans with her nickname ForBidden. She was even named as 'The Queen of MySpacec' after gaining over millions of followers on MySpace app. More to that, she modeled for the Playboy magazine of 2006. She won the Spike TV Guys' Choice Awards and was named as the Naughtiest "Cybervixen".

Christine Dolce was a famous cosmetologist and MySpace Internet celebrity in the mid-2000s. She was a great artist who was praised and loved by many of the celebrities and fans. But what about her dating life, was she in a relationship?

Cristine was dating the Ghost Adventures television series host and paranormal investigator Zak Bagans. The duo was in a healthy relationship and was together for several years. Besides, there is no proper evidence about the fact that how the pair got separated.

She had a fan page Mayhem where she says that she lived in Huntington Beach, California. She wrote on her page that she strictly avoids dating inquiries.

"I have posed for Playboy which was an amazing experience for me and I would do it again in a heartbeat but I WILL NOT DO ANY NUDE WORK for anyone else so please respect that. Please, no dating inquiries."

As she always refused to answer about her dating life and boyfriend, fewer things are known on the very topic.

Christine Dolce was suffering from alcohol-related issues and was hospitalized since December of 2016. Three months later on February 6, 2017, she died because of the liver failure at the age of 35 surrounded her family members in the hospital.

Christine Dolce has past away! My prays, thoughts, & condolence goes out 2 her families, Friends of the families & to @Zak_Bagans as well. pic.twitter.com/MSysj85fph

Apart from that, she was out of any media controversies at the time of her career. She was living a good life with her family, however, her unfortunate death made everyone stunned including her millions of fans and friends.

What was the Net Worth of Christine Dolce? Know about her Earnings, Salary

At the time of her career, she worked in numerous jobs. She worked in the Axe Deodorant's Gamekillers My Space campaign. Further, she also appeared on the cover of the gothic rock band The 69 Eyes' album 'Angeles'.

As of her modeling work, she modeled a celebrity pictorial for Playboy magazine which was issued in October 2006. More to that, she also posed for one of the ads campaigns of an organization named PETA's anti-fur. Besides, she also appeared on the video game titled Def Jam: Icon.

American Popular cosmetologist Christine Dolce in one of her photoshoots.
SOURCE: Listal