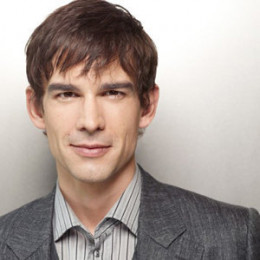 American actor, Christopher Gorham is currently married to Anel Lopez Gorham. He is best known for ABC series "Ugly Betty". He was born to father David Gorham and mother Cathryn Gorham. Christopher attended high school at Roosevelt School of the Arts and graduated from UCLA with a BA in Theater in 1996. Christopher has also appeared in such series as Popular, Odyssey 5, Felicity, Jake 2.0, Medical Investigation, Out of Practice and Harper's Island.

The 45-year-old American actor is living a blissful married life with girlfriend turned wife, Anel Lopez. They are tied in a marital relationship for nearly two decades now. Want to know more about his current relationship and affairs? keep scrolling

Christian Gorham is currently married to former "Popular" co-star, Anel Lopez Gorham in 2000. The Fresno, California native is a loving husband and a proud father of their kids.

Gorham and Lopez are blessed with three adorable children. The couple's first child Lucas Gorham was born on 2001; Ethan Gorham in 2003, and Alondra Cecelia Lopez Gorham on January 10, 2009. There is no record of Gorham's past relationship, affair, dating or girlfriend.

The 1.83 m tall actor added millions of dollars to his fortune from his profession. Thanks to his career as a television and movie actor.

Gorham has an estimated net worth of $5 million. Gorham's primary source of income is his career as an actor. The Spy Game actor worked in dozens of movies and television series to date.

Christian's most recent project includes Insatiable opposite, Debby Ryan. Moreover, his recent movie is The Other Side of Heaven II: Fire of Faith as John Groberg.

Like many other renowned celebrities of the industry, Christian also brings in a thick amount from ads and endorsements. He earns $777.75 - $1,296.25 per ads post for amassing over 260,000 followers on Instagram

Speaking of lifestyle, Gorham hasn't talked much about his houses and current resident. However, he drives a black Honda car which costs somewhere around $23,720 approximately.

Gorham married to former Popular co-star, Anel Lopez Gorham in 2000. The couple has been blessed with three children.

Ethan was born in 2003. He has one elder brother and one younger sister.

Alondra Cecelia Lopez Gorham was born on January 10, 2009. She has two elder brothers.