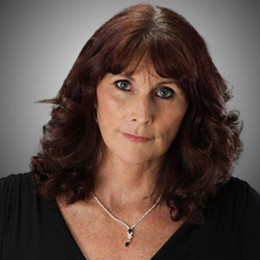 Cynthia Silva now known as "Cindy Costner", is an Threater actress who is known for her work on Dances with Wolves (1990) and LiteWeight (1998). She is also known for playing Snow White at Disneyland. Though there is no any information available about her family background but it is sure that she is of Portuguese ancestry. She studied and graduated from the California State University(CSUF).

Cindy Costner was born Cynthia Silva on October 29, 1956, in California, USA. She belongs to the white ethnicity and Portuguese ancestry.

She is known for her work on Dances with Wolves and LiteWeight but mostly people recognized her as a former wife of actor, Kevin Costner.

Cindy started acting since her childhood days, she used to take part in the various play at her school time.  In 1990, she appears in Dances with Wolves along with his ex-husband Kevin.

Later she worked on LiteWeight which was released in 1998. She has done a breakthrough performance on the movie which was acclaimed by critics and audience.

On the other, her former partner is also a renowned actor, director, producer, and musician. He succeeds to win two Academy Awards, three Golden Globe Awards, and one Emmy Award.

Cindy is possibly single at the moment but previously she was to his school sweetheart Kevin Coster. The duo exchanged a vow in 1978 when both of them are too young. 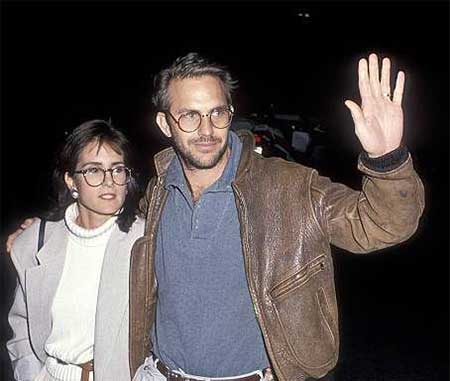 Cindy Costner with her ex-husband attending a performance of the play 'Hurlyburly in 1989 in Westwood
Source: Getty Images

Despite that, the duo couldn't handle their relationship and had divorced after 16 years of marriage in 1994. After splitting apart with Cindy, Kevin had a short relationship with Bridget Rooney and shared one son named Liam Costner.

Later, he tied a knot to Christina Baumgartner in 2004. Kevin and model and handbag designer Baumgartner dated for four years before marriage. They are blessed with three children; Cayden Wyatt Costner, Hayes Logan Costner, and Grace Avery Costner.

While her ex-husband is living a blissful family life, Cindy is single at present. Her first daughter Annie Costner married her fiance Danny Cox in an amazing outdoor ceremony in California in July 2016.

Cindy gets the alumni of $50 million after her divorce with Kevin Costner. There isn't a concrete figure of her actual net worth but it was supposed to be in millions of dollars.

He is the ex-husband of Cindy, who is a award winning actor, film director, producer, musician, and singer. They stayed as husband and wife for 16 years.

She is the eldest child of Cindy, who by profession is an actress.

She is the second daughter of Cindy, who these days is actively working on Hollywood industry as an actress.

He is the youngest and only son born to Cindy. He is an actor by profession.