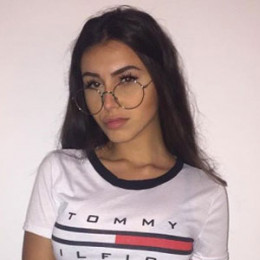 Claudia Tihan is a French Canadian Instagram star who has grabbed $1.2 million followers on her Instagram account. She has a youtube channel as well which has around 43k subscribers. Her popularity in the social media industry led her to achieve many modeling and acting projects.

Claudia Tihan was born Claudia Emilia Tihan on February 19, 1997, in Montreal, Quebec. She was raised by a single mother who struggled a lot to give Tihan a safe and sound life. Tihan has two half-siblings, a brother and a sister who are from her father's side.

Tihan resides in Los Angeles after moving from Canada to pursue her career. She knows her mom's struggles and she considers her mom an inspiration.

Claudia Tihan is an Instagram star who has made a decent career by being in the social media fields. She has been involved in some modeling and acting projects for a French company while being in commercials all well. She says her career boosted as when she went to a meet and greet happening in Orlando.

There, she met a couple of vine celebrities and being around them made her visible to the media. Tihan is a Vine celebrity and has thousands of followers. Her social media career started with her appearance in the twitter world in 2013.

Tihan is an entrepreneur as well who has an account in Patreon where she puts up her new collections, workout routines, and facecare routines and the members pay to get access to it. She has a jeans line called YMI where she makes access to jeans of all sizes and types prices ranging from $30 to $50 per piece.

Tihan's growing popularity led her to many modeling projects and some acting jobs as well. She is one of the richest Instagram stars and lives a luxurious life which includes lots and lots of travels.

From an Instagram post, a model can make $1 million annually and they can earn even more through paid partnerships and by promoting other stuff. Forbes has said that an Instagram user with 100,000 followers can grab $5000 for a post by partnering with a company or a brand. Tihan with 1.2 million, she is sure to earn much more like up to $100,000.

Claudia Tihan was rumored to be dating Jack Johnson of the group Jack and Jack which consisted of his friend Jack Gilinsky former boyfriend of American singer Madison Bear for some months. Tihan and Johnson were seen kissing in a snapchat story's background which was posted by Vine star Sammy Wilkinson which gave fans the confirmation that they were dating.

They were on a vacation with friends in Mexico and the snapchat story was of the date March 24, 2017. The couple seems to have called it quits since their cryptic tweets on Twitter confirmed it but they still follow each other on Instagram. 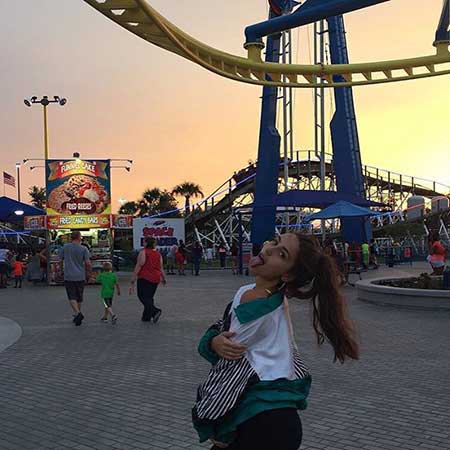 She is a 5'5 girl and has 11 small tattoos in her body. Tihan has a well-maintained body and loves traveling. She is even seen posting cooking videos in her Patreon account as she loves to cook. Tihan is best friend with youtube star Elisabeth Rioux and they travel together.

Tihan personally feels that she struggles to try to not mix her Instagram life with real life. She feels being a social media star trust issues are always there with your partner since the messages on her social accounts keep flooding, doubt is always there.