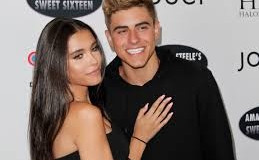 The stunning singer, Madison Beer is now in relation with Jack Gilinskyeven since the end of 2014 to till now after the numbers of obstacles and rumors.

The beautiful American singer, Madison Beer rose to fame after Justin Bieber tweeted her singing video on Twitter. After that, she became popular and has a huge fan following.

Madison recently hit the news when the sound clip got viral where her boyfriend Jack Gilinsky was scolding her using abusive language.

Most fans supported Madison but Jack Johnson friend of Jack Gilinsky has something else to say about their relationship and she also reacted to the video.

Recently, some unknown source leaked an abusive phone call clip where Jack G spoke random vulgar words to Madison. The fans of Madison showed a huge support to her and post against Jack.

Whereas, Madison also posted a message to every girl on social networking sites about such issues.

All most all the audiences supported Madison because she was the victim. But is that really the truth? This was really a big question in every people's mind.

Besides this, one of a friend of Jack named, Jack Johson uploaded a video on YouTube talking about the audio flashed leaked by an unknown hacker. He also blamed Madison behind leaking the video.

According to him, though the couple has already broken up they were still in the good terms and it is quite shocking how the clip was leaked to the media.

You can see the full video here.

Well, Jack J has something else to say about Madison and Jack G's relationship.

On the other hand, Madison also reacted on the video and said,

"What happened in the video is real. There is no going around that. The abuse is real, and I let it happen. I know what I have been through and will continue to be strong".

Madison Beer reportedly tried to fix Jack for good and stayed together with him. But in the end, it was all in vain as she left him. Soon after their break-up, she released a statement stating,

'If someone is mistreating you in any way, please speak up. It is never okay and I was blinded by love.'

She also added that one should speak-up whenever faced by such people.

Madison started dating  Jack Gilinsky in 2014. They are having a strong relationship despite several obstacles and rumors. Madison's boyfriend is an American musical artist and is a one-half of Jack & Jack, an American pop-rap duo.

The couple was in a secret relationship since the end of 2014 and revealed their relationship after two years of dating in the occasion of their anniversary. 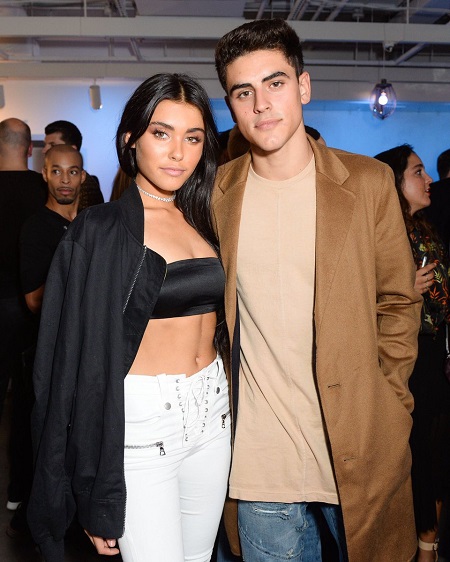 Madison and Jack together at a Spring Summer 2017

But now they are not together but still are good friends. However, the new controversy in their life might have affected their friendship.

She was once Rumored to be Dating Justin Beiber

We all are familiar with the thing that Madison became popular only because of the star, Justin Bieber. Both of them were spotted at many places either enjoying dinner or hanging out together.

Not only this some of their cozy pictures were captured by the media which certainly created the buzz among the fans about their relationship. 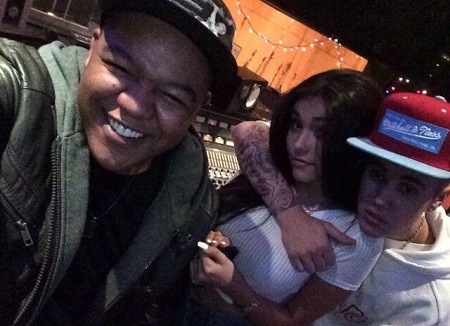 Justin and Madison together in a picture
Source: Pinterest

Later on, Justin confirms their relationship that they nothing going on and they were "brother and sister". 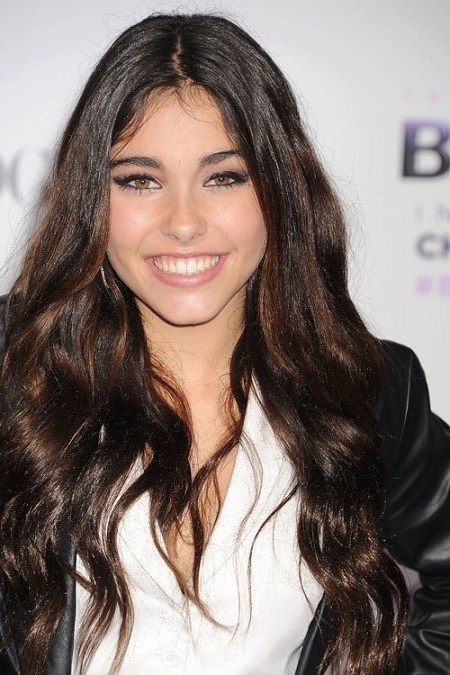