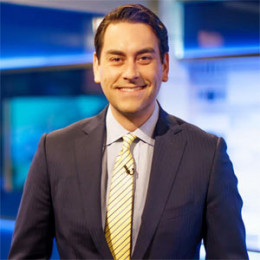 American media personality Clayton Morris is best known as former co-host of Fox & Friends Weekend show on Fox News Channel. He is also recognized as a real estate investor and host of the Investing in Real Estate podcast. In 2017, he left Fox News to pursue his career in real estate business. Morris is happily married to Natalie Morris since 2010 and shares three adorable children.

Clayton Morris was born on December 31, 1976, in Philadelphia, Pennsylvania, the United States, to Don Morris and Verna Morris. He grew up along with his sister, Nicole Morris who is a teacher and counselor at present.

Morris completed his schooling from the Wilson High School located in Spring Township, Pennsylvania. He attained a bachelor’s degree in 1999 from the University of Pittsburgh.

Clayton Morris was interested in journalism since his childhood days, and to achieve his dream, he joined The Daily Buzz and served as an anchor. He used to deliver newspaper during the initial phase of his career. Morris played professional wrestling in 2004  as Cavalier Jones, a storyline member of the CHIKARA Board of Directors.

He also worked for CBS as a political reporter. In 2008, Morris joined Fox News Channel and co-hosted the show named Good Day. Later, he was offered to anchor, Fox & Friends Weekend show. The show presents the latest Fox News Live headlines including different segment such as current events, interviews, updates of news stories and entertainment segments.

He covered the news in consumer technology for Fox and anchored weekly technology segments for Fox News Radio and Fox News. He also co-hosted the FOX 29 (WTXF), shows 'Good Day Philadelphia' on weekday mornings. In September 2017 Morris announced his retirement from Fox News, after ten years of service.

Clayton Morris, age 40, is happily married to his longtime girlfriend, Natalie Morris. She is a popular online media personality and journalist. The duo exchanged vows on October 20, 2010, in an intimate wedding ceremony. 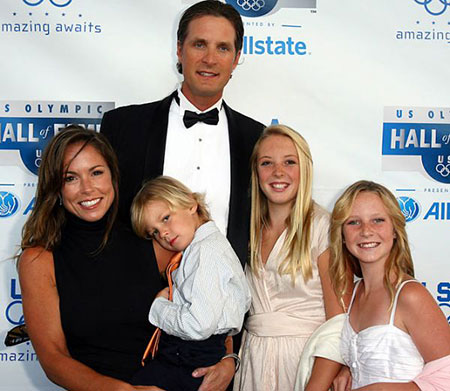 CAPTION: Clayton Morris with his wife and kids,

His mother-in-law, Debbie Del Conte, and father-in-law, Tom Del Conte, were a few feet away when the plane crashed at the Reno Air Race on 16th September 2011. Fortunately, they were unharmed.

The pair parents three children. In 2010, the duo welcomed their first child, Miles Benjamin Morris. Morris then gave birth to two adorable daughters; Ava Elizabeth (born on 2012) and Eve Morris (born on 2016). Morris often posts his children and wife's pictures on his Instagram.

He is dedicated to his family life, wife and children. He's maintaining a perfect balance in his personal and professional life.

Clayton Morris is among successful media personalities in the U.S.A. He also became New York's funniest reporter in 2012. As per some online sources,  Morris has an estimated net worth of $5 million at present, however, no official confirmation has come about it.

He worked at Fox News Channel for ten years, and during this period he succeeded to earn name and fame. During his time at Fox channel, he was paid around $69,021-$78,091 salaries yearly.

Currently, he is busy with real estate business and motivational speaking. Morris also runs a website related to investments.

Natalie Morris is a technology news journalist and online media personality but she is mostly known as the wife of Clayton Morris.

Miles Benjamin Morris is the first child of Clayton and Natalie Morris. He is very adorable and interested in drawing.

Ava Elizabeth is the middle child of Clayton and his wife. She is beautiful as her mother.

Eva Morris is the newest addition to Morris family. She lived with her parents and siblings.