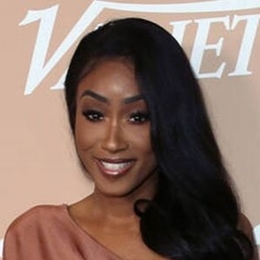 If one is close to a famed personality, then he/she always remains on the search list of people, and they automatically gain popularity. In the same way, Cleopatra Bernard also rose to the stardom for being the mother of a late renowned American rapper XXXTentacion aka Jahseh Dwayne Ricardo Onfroy. She came to limelight after her son was killed in a fatal gunshot.

Cleopatra Bernard is quite secretive and mostly keeps the details of her personal life under the radar. Well, people knew more about her only after the death of her son, an American rapper XXXTentacion. 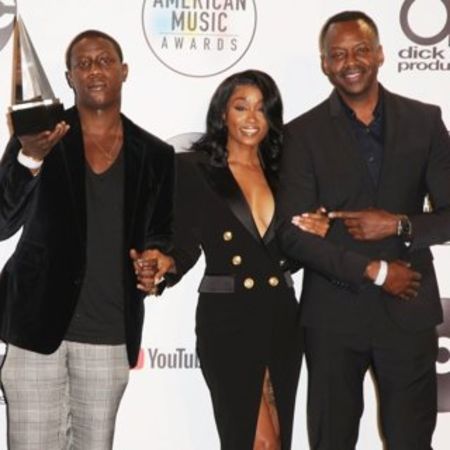 As per the source, Bernard was married to her long-term childhood sweetheart. They claimed that she married her lover Dwayne Ricardo Onfroy during her teens; however, Cleopatra hasn't talked about it, so it is yet to be confirmed.

Moreover, the source claims that she shared two kids with Dwayne. Bernard gave birth to her first child, son, late Jahseh Dwayne Ricardo Onfroy, famous by his professional name as XXXTentacion on 23rd January 1998. Likewise, her other son is Aiden.

Unfortunately, her marital relationship did not last long and later divorced due to personal issues.

Cleopatra Bernard does not reveal much about her love life to the media. However, she was once rumored to have hooked up with Lil Uzi Vert, who is the friend of her late son. They are close and often make public appearances together. 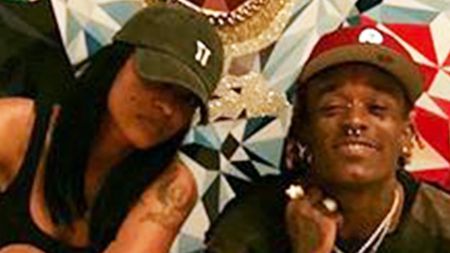 Seeing their closeness, people began speculating them to be dating; nevertheless, neither Bernard nor Lil talked about the topic in public. Thus, the fact of whether the duo is dating or not is yet to be confirmed. Other than this, there are no other rumors of her affairs surfaced on the internet. 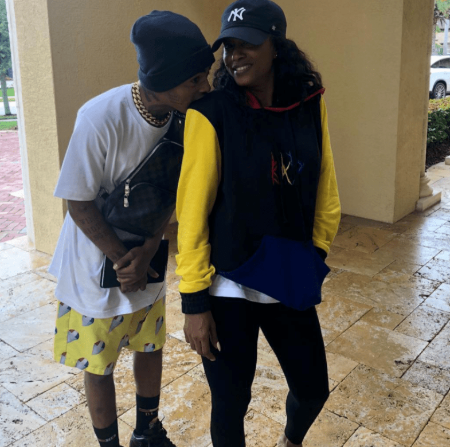 Furthermore, her social media accounts are also mostly filled with pictures of herself and her grandchildren. She never shared any suspicious photos on her social media. Besides, she is never spotted hanging out with any guys in public; thus, she is probably single at the current moment.

Death Of Her Son

Late American rapper XXXTentacion born as Jahseh Dwayne Ricardo Onfroy, was assassinated on 18th June 2018 in Deerfield Beach, Florida, United States. While he was leaving the Riva Motorsports motorcycle dealership at 3:56 p.m, he was blocked by a black Dodge Journey SUV in the parking lot.

From the car, two masked men came out with guns on their hands and approached the rapper. At that time, XXXTentacion was sitting on the driver's seat. They stole a small Louis Vuitton bag, which had $50,000, and they later shot Onfroy multiple times and shortly fled from the spot.

The rapper was rushed to Broward Health North hospital in Deerfield Beach, where he was pronounced dead at 5:30 p.m. by the Broward County Sheriff's Office. Two days later, the incident, one of the suspects, Dedrick Devonshay Williams, was arrested and got charged with first-degree murder without premeditation.

Similarly, the other gunman Michael Boatwright was also later arrested. Besides, XXXTentacion's half-sister put allegations against Bernard, claiming that she was the reason behind the rapper's death. So on November 2019, sued defamation lawsuit asking $15,000.

Cleopatra Bernard is famous among people because of her late son rather than for her profession. To date, there is no information about the profession in which she is involved. But she owns some portion of her late son XXXTentacion's royalties and publishing.

Apart from her income, her late son XXXTentacion used to earn a good sum of money from his career in the music industry. He worked with famed singers like Noah Cyrus and Joey Badass. At the time of his death, he had a net worth of around $5 million.

Cleopatra Bernard, the mother of late American rapper XXXTentacion was said to have married her boyfriend Dwayne Ricardo Onfroy.

Aiden is the second child of Cleopatra Bernard, the mother of late American rapper Jahseh Dwayne Ricardo Onfroy aka XXXTentacion.

Aiden is the second child of Cleopatra Bernard, the mother of late American rapper Jahseh Dwayne Ricardo Onfroy aka XXXTentacion.