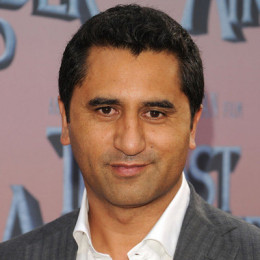 Clifford Vivian Devon Curtis is a New Zealand actor as well as a television personality. He is known for his role in Whale Rider, Blows and Once Were Warriors. He had also worked on many television series named Body of Proof, Trauma etc. He has earned an amazing net worth from his career. Besides, the actor is a married man and shares three children with his wife.

Cliff Curtis is a married man. Curtis married his girlfriend turned wife in 2009. He has kept his wife far from the spotlight.

The couple, moreover, shares three children together. He is very protective and has kept his children far from the limelight.

Cliff Curtis has an estimated net worth of $3 million. Curtis makes his money from his acting career. He has many upcoming projects from where we can see a rise in his earning.

Cliff Curtis was born Clifford Vivian Devon Curtis on 27th July 1968 inNew Zealand. He had attended Western Heights High School. His father and mother’s any information is unknown. He is one of the nine children of his family.

Cliff had started his career since 1991. His first film was The Piano which had also been nominated for Oscar. To support the film industry in New Zealand he formed a film production named Whenua Films in 2004.

His two short films named Two Cars and one night and Hawaiki became one of the most prestigious in International films festivals and earned lots of fame too.