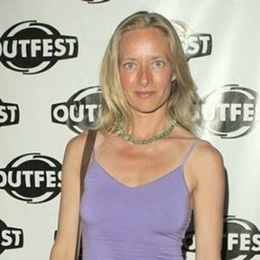 Clytie Lane is an actress who played a minor role in the 2006 movie, Coffee Date. However, she is widely recognized for being the fourth wife of prominent Hollywood actor Nick Nolte.

Known for her short appearance in the independent film Coffee Date in 2006, Clytie Lane is a blissfully married woman. The former actress walked down the aisle with the Hollywood actor Nick Nolte on September 8, 2016. 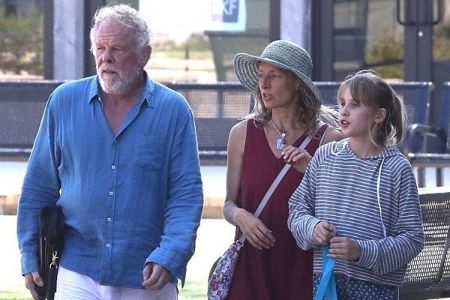 A picture of Clytie Lane with her husband and daughter. SOURCE: Daily Mail

Since having a huge age difference is not a new thing for Hollywood couples, the same goes for Clytie and her spouse who share 30 years of an age gap. It wasn't love at first sight, though. In fact, they first became friends and later fell in love. After dating for 13 long years, Lane and Nolte tied the knot in a private ceremony with having their daughter Sophie also attending their wedding.

Before Nick's marriage with Clytie, he was previously married to Shiela Page in 1966 before they split in 1970. Then he married his second wife Sharyn Haddad in 1978 and got divorced in 1984. Whereas in 1984, Nick Nolte tied the knot with Rebecca Linger, which lasted till 1994. Together with Rebecca, Nick shares a son named Brawley King Nolte.

Clytie Lane is a proud mother of a daughter Sophie Lane Nolte, whom she shares with her husband, Nick Nolte. Sophie came to this world on October 3, 2007, and was born in Los Angeles. Meanwhile, Clytie is also a stepmother of Nick's son Brawley King Nolte. Well, Brawley also has an acting credit in the movie like Affliction and Hotel Rwanda. 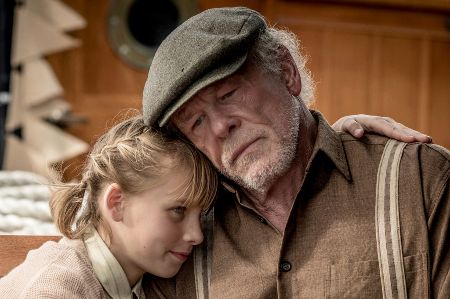 At the time of birth, Sophie weighed seven pounds and thirteen ounces.  Being a child with a strong film background, Sophie also walked in their parent's footsteps. At the young age of 11, Sophie portrayed the role of Nick's granddaughter, aka Matilda, in the 2018 Alzheimer's drama Head Full of Honey.

Clytie Lane only had a small role as Cheryl in the movie Coffee Date. There she appeared alongside Jason Stuart, Wilson Cruz, and Elaine Hendrix. After Coffee Date, Clytie is yet to make a comeback to the film industry. Her starred film Coffee Date collected only around $4412 at the box office.

Besides her acting career, she is most prominent for being the wife of three-time Academy winner Nick Nolte. Not to mention, Nick has made a mark on Hollywood along with his trademark gravel voice. Further, Nick worked alongside Tom Payne, Russell Brand, and Paul Bettany.

In addition, the networth of  Nick Nolte is estimated to be around $75 million. Nick collected such astonishing wealth from his contribution as an actor and model since 1982. Currently, the family of Clytie resides in a two-bedroom three-stored Malibu house built around a sycamore tree.

Meanwhile, Lane's husband Nick Nolte and his co-star Julia Roberts whom he worked on the set of rom-com I Love Trouble in 1994 didn't get along well. In fact, Nolte and Roberts had a bitter first meet and both parties made sure to give each other hard times on set. Not to mention, Julia Roberts who is prominent for her roles in Pretty Woman also publicly called out the actor as disgusting in an interview with The New York Times.

The former actress Clytie Lane walked down the aisle with the Hollywood actor Nick Nolte on September 8, 2016.

Sophie Lane Nolte is the daughter of Clytie Lane shared with her husband, Nick Nolte. She came to this world on October 3, 2007