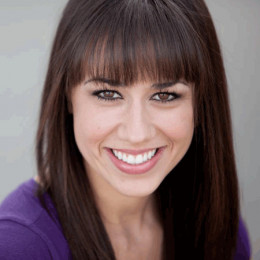 An American comedian, actress, singer and YouTube personality who is popular for her videos about the talent-less character Miranda Sings for which she have gained millions of views on her own YouTube channel named PsychoSoprano. She is daughter to Tim Ballinger and his wife Gwen Ballinger. In 2008, she completed her graduation from Azusa Pacific University. She started her career in big screen by starring as nurse Royal in the web series Dr. Fubalous in 2012. Till now she has uploaded more than 1,000 videos to her YouTube channels. Until 2015 she her YouTube videos have received a total of more than 1 billion views and 3 million subscribers. She has made guest appearance in episode of Victorious, which has starred popular actress and singer Ariana Grande. In 2014 she was awarded with Teen Choice Awards for the category of Choice Web Star: Comedy.

Exploring her personal life, she is already tied in knot with her longtime sweetheart. Her husband is also a you-tuber and singer Josh Evans. The video of his proposal was also uploaded in her YouTube channel which grossed more than four million views. In 2015, their relationship as YouTube couple was also featured on Nightline. Their marriage was performed in California. Couple's wedding video gained more than 5 million views.

Ballinger and Evans divorced in 2016. She is currently in a relationship with her boyfriend Erik Stocklin. The new couple is expecting their first child.

He is also you-tuber. They first met each other through Facebook and later they met at JFK airport in person. After one year of their engagement they got married in California.