Home Article Colleen Ballinger Is Dating Someone After Divorcing Former Husband Josh Evans-Who Is Her Boyfriend?

Colleen Ballinger Is Dating Someone After Divorcing Former Husband Josh Evans-Who Is Her Boyfriend? 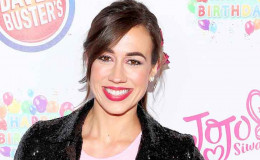 The famous internet sensation-turned-actress, Colleen Ballinger is famous for her parodies videos on YouTube.

After divorcing former husband Josh Evans, Ballinger is currently dating someone. Who is her boyfriend? What actually happened between her and Evans? We have all the details here.

Colleen Ballinger Is Dating Someone After Divorcing Former Husband Josh Evans-Who Is Her Boyfriend?

Ballinger is currently dating an actor and composer Erik Stocklin. And we should congratulate the couple as they are expecting their first child together. Yes, you heard it right, Ballinger is about to have a child with her co-star/boyfriend Erik Stocklin.

The Haters Back Off co-stars are all set to make a room for a baby in their lives. She revealed via Twitter that she is with Erik since her split with ex-husband and is expecting a baby in her life. 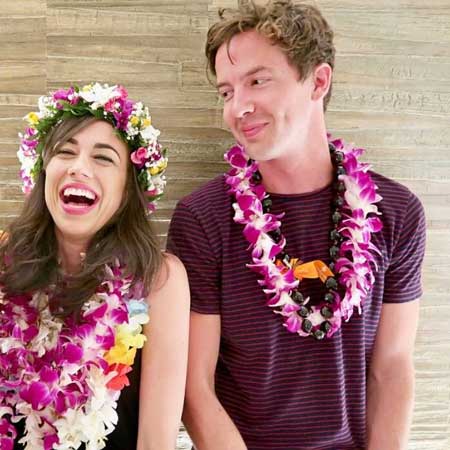 Colleen and Erik met on the sets of Haters Back Off back in 2016 while she was still married so some of her fans were worried about the fact that she left her husband in order to build a relationship with Erik but she stated it out straight on her video.

Colleen can be seen with Erik on several of her posts but we never knew the couple was dating until she confirmed it on her Twitter.

I love how lost everyone on Instagram is. No matter how many photos or videos I post saying Erik and I are together, all of the comments say “wait...are you guys dating????” I wonder how long this will go on.

Erik later confirmed their relationship on his Instagram by posting a picture.

The duo so far seems very happy to be with each other and has not faced any sort of controversies regarding their love life. Let us hope to hear the good news about their newly born daughter and their plans for getting married pretty soon.

So guys! Let's have patience and wait for the most wonderful day!

Ballinger is currently married to her boyfriend turned husband Erik in 2018. The same year, they welcomed their child, son Flynn Timothy Stocklin.

what a wild ride this life is. i get to travel and perform with my family??? luckiest girl ever! touring with a baby is definitely much different than anything i’ve ever experienced in my last decade of touring. but i’m so grateful to Flynn for being such a good little travel buddy and letting me do what i love. (also thanks to kory, erik, andrew and mom for being so badass and making it all happen.) thank you @joeygraceffa @misterpreda and @trishapaytas for being such incredible friends this weekend and coming all the way to Salt Lake City just to support me. Thank you to every single wonderful person who has ever supported me by coming to see my live show. you’re making my dreams come true and i’m so grateful. cant wait to continue doing what I love this October on bus tour!

Prior, Ballinger was married to fellow Youtuber Josh Evans.

The former pair met in 2009 after Evans saw one of her videos and reached her on Facebook. They soon started dating which eventually turned into a marriage. 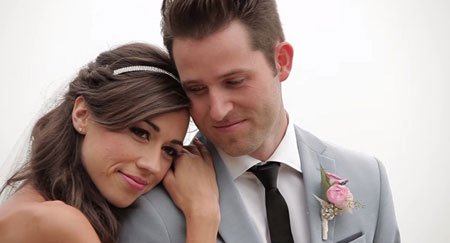 Colleen with her boyfriend-turned-husband of 7 years Josh
Source: Sputniknews 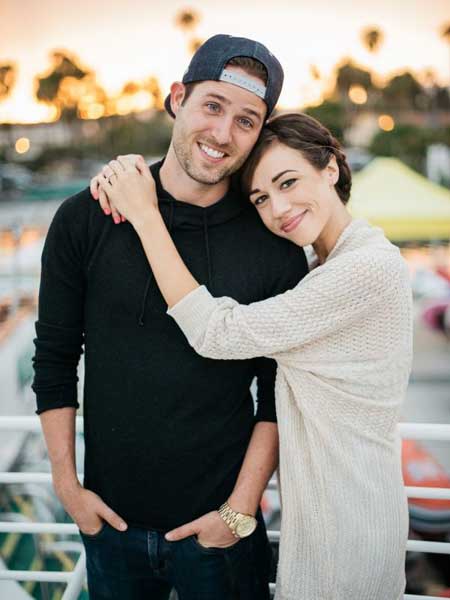 During the fall of 2016, she posted a tearful video opening up about their decision to divorce.

Ballinger did not give any specific reason behind the divorce as it could be something personal for the former couple. Being together for about 7 years, the pair have always loved and respected each other no matter what. 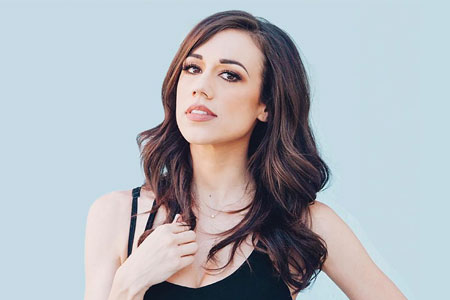