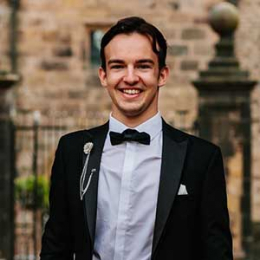 Cometan (born Brandon Reece Taylor, July 1, 1998) is a British autodidactic Astronic philosopher, theologian, neologist, religious leader, author, public speaker, and lexicographer who became the founding figure of the Astronism religion with his authorship of the Omnidoxy. Cometan first began to receive a series of ideations and revelations from age fifteen about the current state of philosophy and religion in society and the importance of space exploration to the future of humanity which was around the same time he first thought of the idea for the Jesse Millette character which would later develop into the Jesse Millette franchise.

Cometan would then come to dedicate his adolescence and adult life to the dissemination of his new religion which he called Astronism and would become a leading exponent of religious commercialization and humanity’s exploration of space. Astronism, also known as the religion of the stars, is the first modern astronomically-themed belief system with its own unique panentheistic theology and cosmocentric worldview.

Cometan was born on 1st July 1998 and he is 21 years old as of 2019. Cometan celebrated his 21st birthday in style at the castle and stately home of Hoghton Tower, where he worked for two years. His friends and family were in attendance and he sat at the historic top table for his guests to sing happy birthday which is where King James I first knighted a sirloin of beef during his trip there in 1617.

He was born in the City of Preston in the English county of Lancashire in the United Kingdom to Sean Taylor and Louise Counsell, two business owners and entrepreneurs from Leyland and the village of Hoghton respectively. 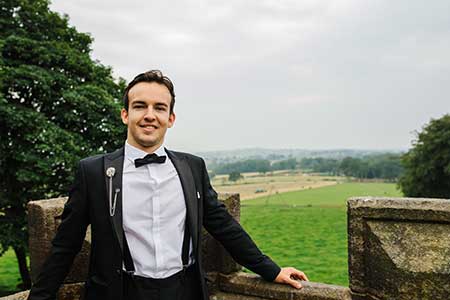 Cometan dressed in a tuxedo attending his 21st birthday party at an English castle and stately home.

Cometan’s parents separated when he was four years old due to their tumultuous relationship, after which the boy’s grandparents took a larger role in his upbringing. The weekends of his childhood were spent at his paternal grandparents’ residence at 222 Longmeanygate in Leyland. His grandmother, Irene Taylor, was a devout Roman Catholic and had several links with different Traditionalist Catholic organizations, including Opus Dei and the Latin Mass Society.

You May Like; Gianluca Vacchi, Wiki-Bio, Personal Life, Net Worth

Cometan spent much of his time going to different churches and masses with his grandmother and his cousin, Thomas Taylor, both of whom Irene hoped would become priests. This deep religious conservatism would surround Cometan throughout his childhood and later, some members of the family would suspect Irene of creating a cult at her home. This highly religious childhood is arguably what made Cometan so interested in the study of different aspects of religion in his later adolescent years, however, Irene would not live to see her grandson found his own religion, something which she would likely not have approved. 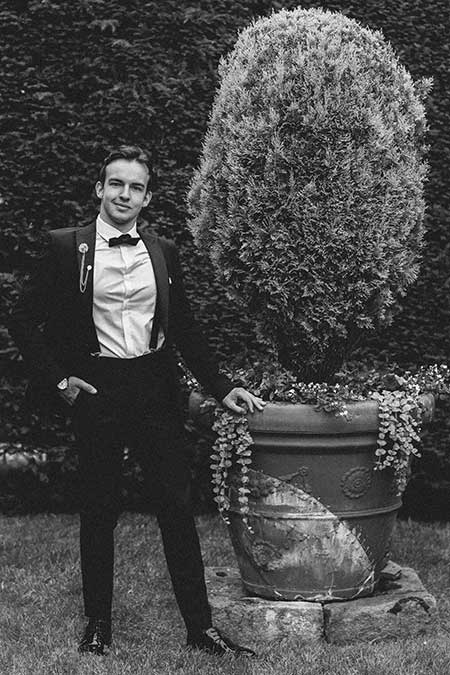 Cometan posing in the gardens of Hoghton Tower at his 21st birthday party.

Cometan would later speak of his “unknown identity” while growing due to parents separation and him being in the middle of two families which lead to strange and bad behavior and his markedly unhappy attitude. However, this changed dramatically on his fifteenth birthday when he thought of the idea to create his own fictional detective named Jesse Millette which lead him to become immersed into a journey of creativity and ideas.

Additionally, it leads him to the formation of his religion of Astronism, Astronic culture, and the Jesse Millette franchise which he would spend the rest of his life working towards the development and establishment of.

Cometan’s adolescence and the origins of his philosophers

Upon becoming the first Astronist, Cometan began to disseminate his ideas using technology and marketing techniques with the aim of reordering society according to the principles and beliefs founded in Astronism. His seminal work of philosophy and theology, the Omnidoxy, was the first account of Astronic thought and faith in history. 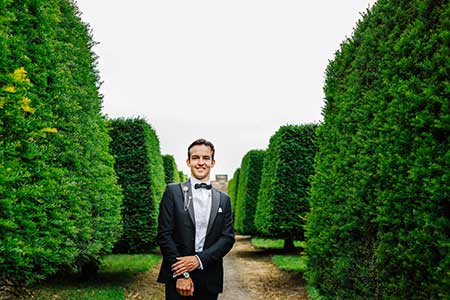 Cometan at his 21st birthday party at Hoghton Tower in June 2019.

Cometan experienced and attained an extensive series of personal inspirations from the age of fifteen to twenty-two and it was upon these forms of imaginative revelation that the founding treatise of Astronism was solely written and titled the Omnidoxy.

It was after the Astronist religion’s founding that Cometan dedicated his life to disseminating its ideas and beliefs globally for future generations both on and beyond the Earth in the spacefaring culture which he believed would inevitably develop as part of humanity’s destined trajectory. This endeavor was conducted through the religion’s governing Institution which Cometan is also credited with establishing.

During this formative period, he decided to change his name from Brandon Taylorian to a mononym after being inspired by the mononymous names of the Ancient Greek philosophers and he chose the cosmically-themed mononym of Cometan to match the astronomical theme of his philosophy.

Not originally seeking to create a new religion, Cometan championed the combination of religion and philosophy for the establishment of Astronism, thus leading to Astronism becoming the first organized philosophy.

By the age of 20, Cometan had completed The Omnidoxy which remains over 1 million words in total length. Not only had Cometan created a philosophy, but an entirely new understanding of what philosophy was and the role of a philosopher in the world which in turn formed the wider Millettic philosophical tradition. Afterward, Cometan founded and established The Institution of The Philosophy of Millettism which holds sole proprietorship over all aspects of Astronism, including sole copyright to The Omnidoxy and Cometan's other philosophical works.

Cometan’s father is Sean Taylor and his mother is Louise Counsell, both of whom are business owners from Lancashire whose relationship imploded when their son was four years old. His parents both remarried and Cometan gains a stepmother, Nadine Taylor, and a stepfather, Julian Counsell. 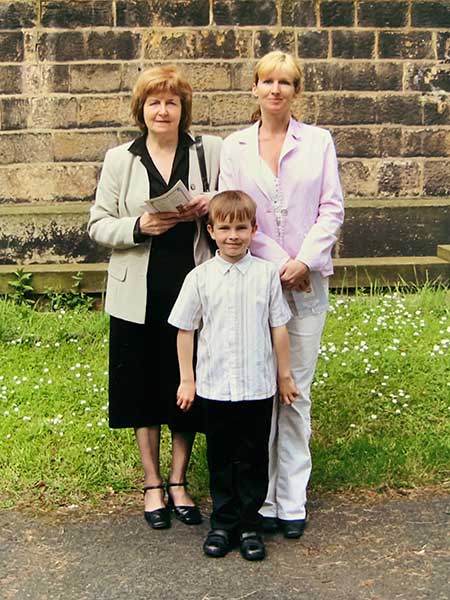 Cometan with his grandmother, Hilda Warbrick (left), and his mother, Louise Counsell (right). 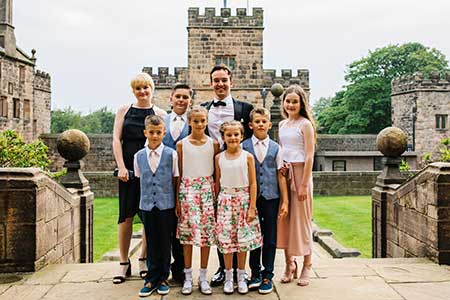 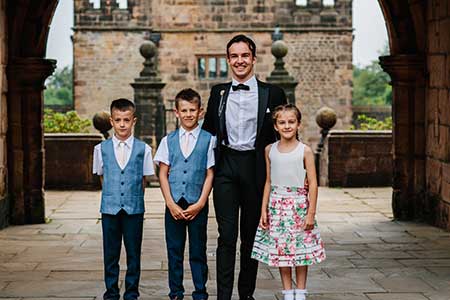 Cometan with his sister Edie Taylorian and two of his young brothers, Kent Taylorian (left) and Jay Taylorian (right) at Cometan’s 21st birthday at Hoghton Tower.

A famed Armenophile, Cometan held an instant affinity and curiosity towards the history and people of Armenia upon learning about the country during his formative autodidactic years. This lead to him eventually coming across a young woman named Liana Tiratsuyan whom he met in person almost one year later at Zvartnots International Airport in the capital city of Yerevan on December 2018. 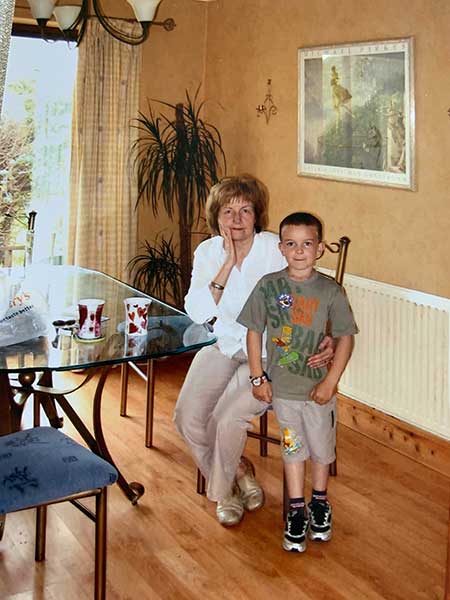 Cometan claimed love at first sight with Tiratsuyan and their week together in Yerevan was even granted the privilege of being chronicled in The Omnidoxy in the formation of that which would be known as Cometanic love which encompassed the philosophical musings of Cometan on the topic of love.