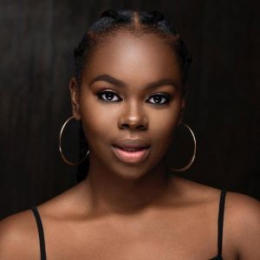 Cori Broadus an American rapper and singer came to limelight as the daughter of famous rapper, Snoop Dogg. Cori who followed her father's footsteps headed in making a well-recognized name for herself in the entertainment industry with her dedication and her father's assist.

Cori Broadus is not dating anyone currently. Broadus might be focusing on her career rather than involving in any serious relationship. Although the 20-year-old might be dating someone secretly, there is no verbal confirmation about her relationship and love lives. 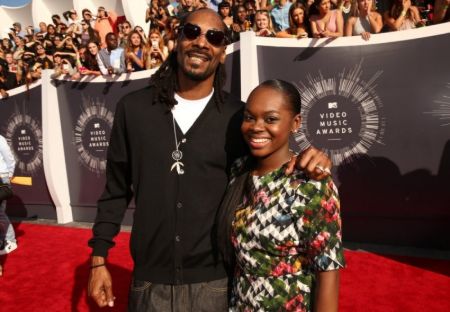 Cori is yet to involved in any romantic relationship to date. Her father's strict nature regarding dating might be the reason behind her solitary life. She revealed her father's strict nature concerning dating and having a boyfriend in People's Magazine. While in the interview, she added her father, Snoop was a friendly and imprecise father when it came to other things; however, not with dating.

Born and raised in California, Cori lived a life of celebrity since her birth. Cori's father, Snoop Dogg who was a famous American rapper and singer, did everything for his daughter to make her in solace. Cori who was diagnosed with Lupus, a chronic, autoimmune disease which can damage any part of the body, has now completely cured of the diagnosis.

Cori Broadus was born from Snoop Dogg's relationship with his wife, Shante Broadus. She was born in 1999 as the fourth child to the famous couple. She is the only daughter born to Snoop and Shante. 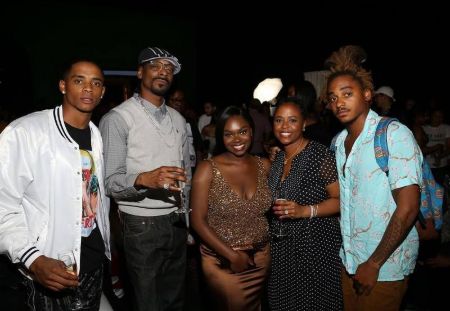 Cori Broadus with her father, mother, and brothers.

Broadus,20 has three brothers all older than her. She is the sister of Corde Broadus, Cordell Broadus, and Julian Corrie Broadus. Her siblings were born in 1994, 1997, 1998, respectively.

Cori Broadus possesses a net worth of $500 thousand which she gathered from her well-recognized music career. She released several popular singles and EP's that helped her in generating great fame as well as prosperity.

Watch Cori Broadus' Do My Thang

Cori lived a lavish life from her father's fortune. Her father Snoop Dogg who owns a net worth of $135 million made his daughter's life sumptuous and fancy from her childhood.

Broadis is currently living with her family in a multi-million in Diamond Bar, California. She is living a luxurious life in her father's $8 million mansions.