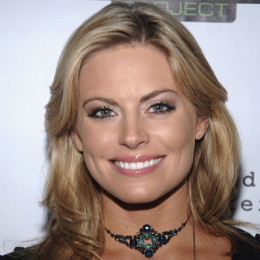 An American news anchor for KTLA-TV which is located in Los Angeles who is best known for her work on Deal (2008) and U Party with Fox News 2008. She is a daughter to Bernard Friel and Lois Friel. She completed her high-school from Methacton High School in Fairview Village. She started her career on Channel One News during her high school as participant of Student Produced Week. She started to work professionally by joining Fox News Channel as an entertainment reporter. Later on she joined Channel One News where she served as a reporter and co-anchor.

Courtney Friel was born on 22 April 1980 in Philadelphia, Pennsylvania to Lois Friel and Bernard Friel.

She received a Bachelor of Arts in Political Science from San Diego State University.

Friel is currently working as an anchor for KTLA-TV in Los Angeles. Earlier, she worked for KTTV/Fox 11 and Fox News Channel.

In 2003, she was an anchor at ABC affiliate WBBJ-TV in Jackson, Tennessee.

Friel's net worth is estimated to be about $12 million as of January 2019.

Friel was previously married to Carter Evans. He is a correspondent for CBS News. The couple who divorced in 2016 has two children.

At present, Courtney is dating a guy named Jim Hecht. She's enjoying a romantic life with her boyfriend.

The couple is enjoying a trip in LA Fortuna, Costa Rica.

They first met each other in program at KNSD-TV, the NBC affiliate. They are already parents of two children.

She is very cute and beautiful like her mother. Her picture along with her mother can be found in different sites.

He is very cute and adorable son of the couple. His photographs can be found in facebook page of Courtney.