Home Article Is Courtney Friel Single After Divorce From Carter Evans? Who Is She Dating Currently? Know About Her Affairs

Is Courtney Friel Single After Divorce From Carter Evans? Who Is She Dating Currently? Know About Her Affairs 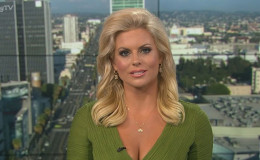 Being a TV broadcaster is an exhausting task because even when you are not in front of the camera you are always on the limelight in the eye of the public. It is sure a lot of pressure living in such an environment but Courtney carries out her personal life without any hindrance in spite of all the attention.

Courtney Friel is at the peak of her career, but is that the same for her love life as well? For further details about her affairs, relationships, and divorce with husband keep reading below.

Courtney Friel: Is She Dating Anyone After Divorce?

The widely acclaimed TV reporter Courtney Friel is single as of now. She is often seen with different men but nothing can be confirmed as of yet.

Moreover, the reporter is currently in the prime of her career so this might be the reason why she is focusing on her professional aspect rather than the romantic conquest. 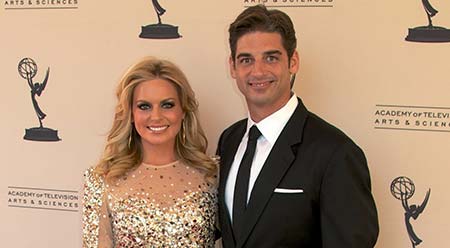 Courtney and her ex-husband
SOURCE: eCelebFacts

Courtney, however, previously married Carter Evans, a correspondent for CBS News. She got married to her now ex-husband in 2005.

But the marital relationship didn't last long as they got divorced in 2016 ending  11 years of their marriage. The exact reason for the divorce of media personalities is still unknown.

The couple first met in San Diego and saw an instant connection. They dated for quite a long time before deciding to tie the knot. Their fans speculated that this was a bond that would last as they had so much in common but their marriage ended in wreckage nevertheless.

The couple also shares two children together, a son named Cash, and a daughter named Cam.

Can't-Miss: Is Beautiful TV Host Katie Linendoll dating anyone? Know about her boyfriend or a husband

Courtney also maintains active social media accounts. She boasts over 30k followers on Instagram and posts frequently on the site.

#MerryChristmas2018 with my BAEs. Hope you all had a fabulous day. See u 6,10,11pm @ktla5news #FrielTheFun #GhettoXmasTree

Although it seems like Friel is finding it hard to move on, Evans has moved on pretty quickly. He is presently dating KTLA reporter Lauren Lyster and is often seen expressing the romantic gestures in the public.

But on the bright side, Courtney is in a friendly relationship with her ex and his girlfriend as well. Apparently, she also did her best to welcome Lauren to the workplace, as they work together in KTLA.

Courtney Friel first became a working member of KTLA in 2013. She worked with Fox News Channel (FNC) for six years before that. With FNC, Friel worked as a New York Correspondent.

Besides that, she also worked as a fill-in host on “Fox & Friends” and “Red Eye” show. Friel spent the year 2017 working as the Entertainment Reporter for KTTV Fox 11 News in LA. 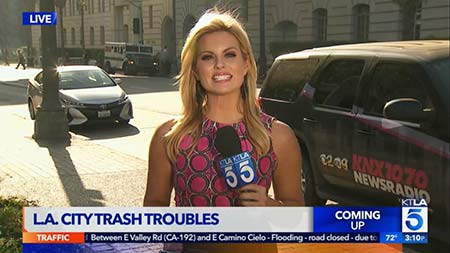 Furthermore, prior to working at FNC, Courtney was an anchor and reporter for KPSP (CBS) in Palm Springs, California. While she hosted “The World Poker Tour” on the Travel Channel, she also showcased her talent when she co-anchored Court TV’s “The Saturday Night Solution”.

You May Also Like: Is TV Personality Johnny Dare Married? Know about his personal life

In addition, Friel also worked as a west coast correspondent for FOX’s “America’s Most Wanted” and a field reporter for various media organizations. She worked with famous establishments like Comcast Cable, Oxygen Channel, GOTV Mobile Television, the syndicated program “Extra”, and E! Entertainment.

Once Friel told media that her first job in local news was the primetime anchor at WBBJ (ABC) in Jackson, Tennessee. Her major responsibilities at the job included shooting, editing, and writing her own stories, in addition to rolling the teleprompter with her right foot during the newscasts. 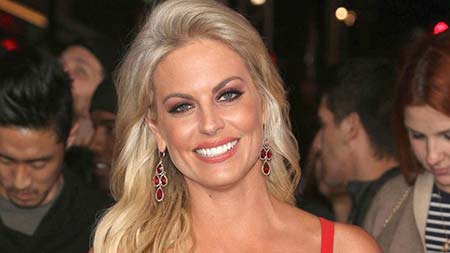