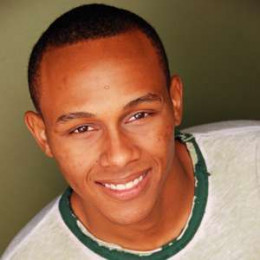 Craig Lamar Traylor is an actor, best known for portraying Stevie Kenarban, in the Fox sitcom 'Malcolm in the Middle'. Debuted at an early age of seven in a TV series, he has made his appearance in the movies like Matilda and Get a Clue.

He made acting debut during an episode of ER in 1996. As of 2019, he worked as a wire artist and designs wearable art.

He made his television debut at the age of seven in a scene with George Clooney on "ER."

Craig Lamar Traylor likes to stay away from the limelight when it comes to his personal life. His relationship status on whether the actor is romantically involved with anyone has not been confirmed till date.

Traylor, age 29, is unmarried till the date. Unlike his acting career, very few details are made open regarding his private life. According to our record, he is possibly single. So far, Traylor has not faced any controversy personally and professionally.

Traylor has made a huge amount of money from his acting career. He has the net worth of $2 million. He has been honored with Young Artist Award for Best Performance in a TV Comedy Series – Supporting Young Actor in 2001.