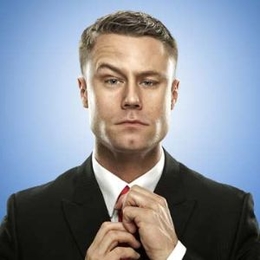 Eric Nenninger is an American actor who rose to fame after portraying the role of Cadet Eric Hansen in the TV series Malcolm in the Middle from 2000–2002. Similarly, he also appeared in the series One Day at a Time. In the series, he portrayed the role of Scott in 7 episodes from 2017–2019.

Over One And Half Decade Blissful Married Life

In the present generation, several people are seen failing to continue their love life or married life. They often make new life partners, mostly celebrities. However, there are also some personalities who are maintaining a peaceful relationship with a single partner for decades, just like an American actor Eric Nenninger. 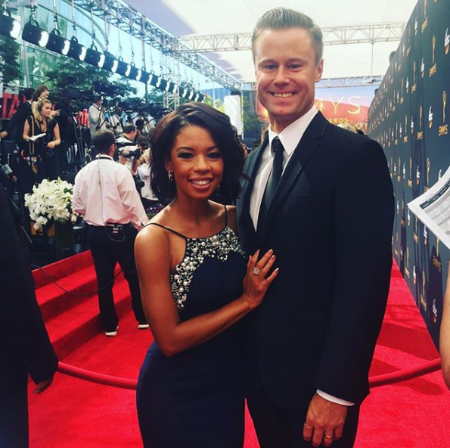 The 6 feet 2 inches tall 40 years old actor Nenninger and his spouse Angel Parker walked down the aisle on 10th August 2002. His wife Angel is an actress famous for her role as Catherine Wilder in the series Runaways. Their wedding took place in an intimate ceremony in front of close friends, relatives, and family. 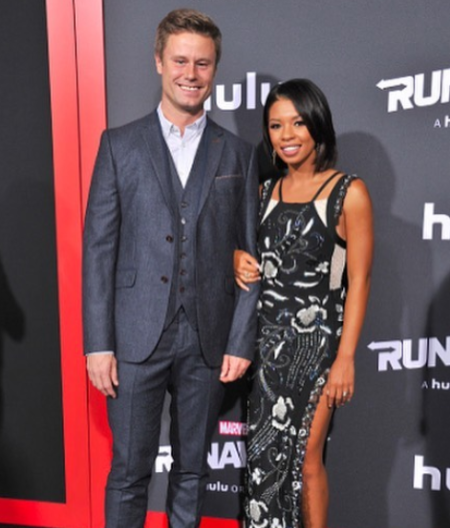 Nenninger and his partner in crime, Angel, probably dated before tying the knot. However, neither of them had revealed when they first met and began dating. Furthermore, it is knot known how long did the lovebirds stayed as a boyfriend and girlfriend before announcing themselves as a husband and wife. 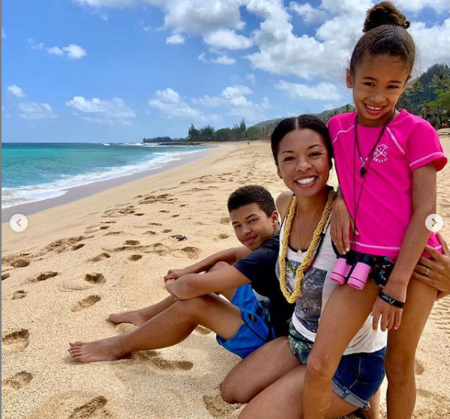 However, the actual birthdate of their children is still a mystery. Nenninger is a loving and caring husband as well as father. Despite his busy career schedule, Nenninger always manages to spend some quality time with his life partner and offsprings. 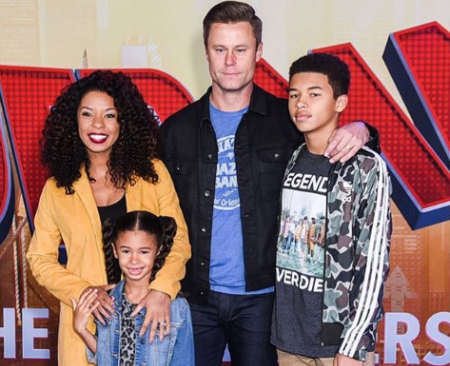 Eric Nenninger with his wife and children in an event SOURCE: Instagram (@ericnenninger)

Nenninger frequently visits exotic places like beaches with his family on vacation. He shares adorable pictures of his spouse and kids on Instagram while spending time with them. In addition, he also makes public appearances in events and shows along with his companion and kids. Seeing his bond with his family, we can't even imagine about his divorce.

Santa Clarita Diet cast Eric Nenninger is a wealthy actor. His foremost source of income is from his acting career. He has appeared in several hit movies and TV series, which are doing good income in the entertainment industry throughout the world. Nenninger's net worth is reportedly around $5 million as of 2019.

In 2019, Nenninger starred as Larry in the series Santa Clarita Diet. He appeared alongside some rich celebrities such as Drew Barrymore, Timothy Olyphant, Liv Hewson, Skyler Gisondo, and others. His co-stars Drew, Timothy, Liv, and Skyler's net worth is $125 million, $20 million, $100,000, and $3 million, respectively. 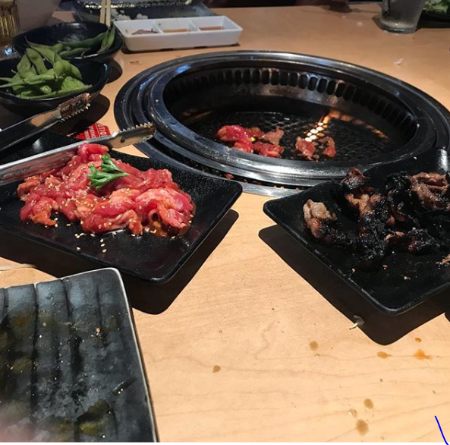 Similarly, Nenninger also appeared in One Day at a Time from 2017–2019 and in Malcolm in the Middle from 2000–2002. For his roles in such a hit series, Nenninger probably receives good payrolls, but the actual figure is not disclosed.

Some Of His Roles In Popular TV Series

An American actor Eric Nenninger made his big-screen debut appearing in a popular series The X-Files as Jared Chirp in 2000. The same year, he further stared as Jeremy Barnes in ER and as Kevin Dolby in Opposite Sex. Nenninger rose to fame after playing the role of Cadet Eric Hansen in Malcolm in the Middle for two years from 2000–2002.

Also, he appeared as Jesse Overton & officer Collins in CSI: Crime Scene Investigation from 2000–2009. Moreover, his other notable roles in TV series are Scott in One Day at a Time, Larry in Santa Clarita Diet, and so on.

Malcolm in the Middle cast Eric Nenninger married his wife Angel Parker on 10th August 2002 after dating for a few years.

James Nenninger is the first child, son of an actor Eric Nenninger and his spouse Angel Parker.