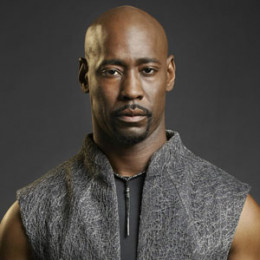 Facts of D. B. Woodside

Born and raised in Jamaica, Queens, D.B. Woodside is one of the prominent faces in the Hollywood industry. He played critically acclaimed characters in several hit television series like 24 and Buffy the Vampire Slayer. He is also notable for his roles in Romeo Must Die and Paul Blart: Mall Cop 2. Previously, Woodside was in a relationship with his girlfriend, Golden Brooks. They also are parents to a daughter. 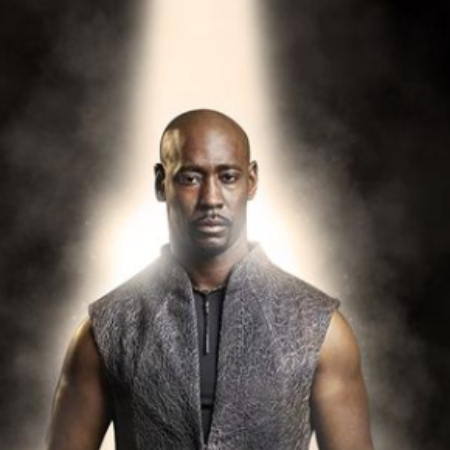 Growing up in Jamaica, Queens, Woodside stepped into drama during his early teens. As a child, he was a football prodigy. During his final year of High School, he suffered an injury and was subjected to a three weeks rest. He was frustrated not being able to play and was wandering through his school corridor, leading him to a musical Brigadoon rehearsal, which developed his interest in acting. Eventually, he started performing and was praised for his roles by his co-stars.

Woodside studied at the State University of New York at Albany and received his BA there. Following his graduation, he attained a master's degree in Fine Arts from Yale University, School of Drama.

D.B. Woodside's first role in TV was a portrayal of Aaron Mosley in the third season of Murder One in 1996. He later made guest appearances in several TV series, including Practice, Snoops, The Division, Once and Again, and JAG.

Woodside appeared as Principal Robin Wood in the television series Buffy the Vampire Slayer for a year from 2002 to 2003. He rose to fame after playing the character of Wayne Palmer in the series 24 from 2003 to 2007.

Woodside appeared as Derrick Altman in the Hellcats series and Dr. Joe Prestridge in Parenthood. He featured in the TV series Single Ladies, playing the character of Malcolm opposite Lisa Raye McCoy.

He has been portraying the character of Jeff Malone on the VH1 series Suits since June 2014. He shares the screen with his co-star from 24, Gina Torres. He began appearing in the hit Fox television series Lucifer in 2016, in which he plays fallen angel-turned-human Amenadiel.

He has also done some popular movies, including Scar City, More Dogs Than Bones, Romeo Must Die, Mississippi Damned, and The Inheritance. In 2007, Woodside also earned a nomination for a Golden Nymph Award at the Monte-Carlo TV Festival.

Net Worth And Height

According to celebrity net worth, Woodside has an estimated net worth of around $3 million as of February 2018. He owns Mercedes-Benz, priced at $29,945.

Woodside is married. He was briefly involved in a relationship with actress and writer Golden Brooks in 2008. The couple announced they were expecting their first child in June 2009 and welcomed a daughter, Dakota, in September 2009.

After the birth of their daughter, Brooks released a statement that read,

“Everyone is insanely in love with her. We’re so happy; my mom and dad have moved in to be around her that much more! We’re already calling her our little jumping bean because she’s so active!”

However, the couple's happiness couldn’t last long, and they broke up in 2010. It is reported that the couple is co-parenting their 8-year-old daughter. There were rumors that Woodside engaged to Single Ladies’ co-star Lisa Raye McCoy in 2013.

Woodside is in 2 on-screen matchups, including Gina Torres in Suits and Lesley-Ann Brandt in Lucifer. He is a close friend of Aimee G.

Dakota Tao Brooks-Woodside is the son of famous TV and film actor D.B. Woodside and his ex-girlfriend, Golden Brooks.