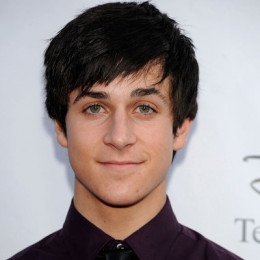 An American handsome actor, television writer and producer who is best known for Wizards of Waverly Place. He is son to Linda, who is a talent manager and James Wilson Henrie, a producer. He has keen interest in playing hockey and riding dirt bikes which he has been doing from age of 13. He is also brother of actor Lorenzo Henrie and friend of Selena Gomez who was his co-star in "Wizards of Waverly Place". He always credit his family for his success. He made his debut from the Fox sitcom The Pitts on the role as Petey Pitt .

He is very handsome looking and dashing. Since he is so much famous, obviously girls are fans of him. His name has been linked with many celebrities. But he has not married yet. He was in love with his longtime girlfriend who is an actress and they look like a very happy couple. They used to hang out together and dine together. But the relationship didn't go well. And they broke up. Now he is single, maybe he is waiting for the right girl to come into his life. Jake maintains a close relation with his co-stars Jake Austin who appeared as Maz Russo in Wizards of Waverly Place.