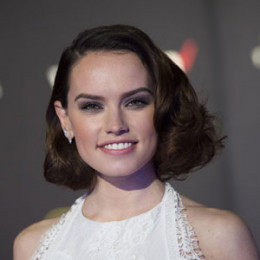 Daisy Ridley is an English actress who is popularly known for portraying Rey in the famous Star Wars franchise; "Star Wars: The Force Awakens" and "Star Wars: The Last Jedi". She has starred in Television series like "Mr. Selfridge", "Casualty" and movies like "The Eagle Huntress". For her performances in the acting world, she got awarded with many awards and honors.Ridley won Outstanding Acting Performance in the Zed Fest Film Festival in 2015 for her movie "Scrawl". She won an Empire Award and MTV Movie Awards for Best Breakthrough Performance for the movie Star Wars: The Force Awakens in 2016.

Daisy Ridley was born Daisy Jazz Isobel Ridley on April 10, 1992, in Westminster, London, England. She grew up along with her two older sisters Kika Rose and Poppy Sophia in Maida Vale. Her mother Louise Fawkner-Corbett is professionally a banker and father Christopher Ridley a professional photographer.

Her mother's side family The Fawkner-Corbett were among the high-class family and history has it that they were among the wealthiest family consisting of landowners, medical and military background. 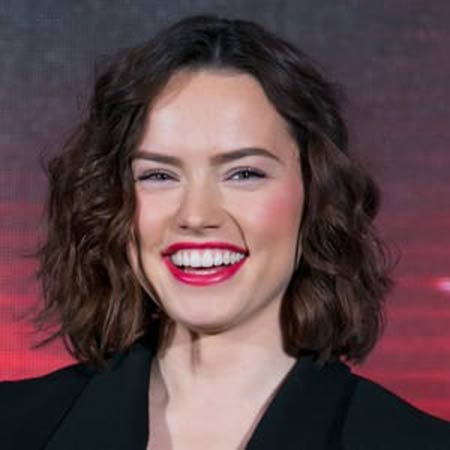 Arnold Ridley a famous actor known for BBC sitcom Dad's Army is her great-uncle. She enrolled at the Tring Park School for the Performing Arts located in Hertfordshire at age of 9 after gaining a scholarship to study there.

Ridley remained in the school until she was 18 years of age and started attending the Birkbeck University of London where she started reading books related to civilization.

She didn't complete her studies there as she dropped out to focus entirely on her acting career. To earns pocket money she had to do jobs so eventually she started working as a bartender for two years in two pubs in London. It was in 2016 when she started studying for a bachelor degree in social science.

Daisy Ridley is professionally an actress who first started acting in theatre plays and in 2010 portrayed Nancy in the musical play The Boy Friend and in 2012 performed the play Dominoes.

She debuted in the entertainment industry from a short movie named Lifesaver in 2013. The same year she appeared in many other short films Crossed Wires, Blue Season and in an episode of the television series, Casualty where she portrayed Jessie. Ridley appeared in the music video of Wiley's song Lights in 2013.

She voices Rey in the 2017 youtube web series and voices the same character in an episode of the 2018 series Star Wars Rebels. In 2018 she starred in the movie Ophelia and voiced the character, Cottontail in the movie Peter Rabbit. Ridley's upcoming 2019 release include Chaos Walking and Star Wars: Episode IX where she will portray Viola Eade and Rey respectively.

For her performances in the acting world, she got awarded with many awards and honors. Ridley won Outstanding Acting Performance in the Zed Fest Film Festival in 2015 for her movie Scrawl.

Her role in the Star Wars Franchise was highly appreciated and she won many awards for it. She won an Empire Award and MTV Movie Awards for Best Breakthrough Performance for the movie Star Wars: The Force Awakens in 2016.

Ridley also won the Teen Choice Award for Choice Movie Breakout Star for the same movie. Later on, in 2018, she went on to win Empire Awards for the Best Actress for the movie, Star Wars: The Last Jedi.

Daisy Ridley is estimated to have a net worth of $6 million and $2 million according to Celebrity Net Worth and The Richest. In 2014, she earned $1000 and $500,000 from her TV shows Silent Witness and Selfridge.

Daisy Ridley is in a relationship with Tom Bateman whom she has been dating since November 2017. There were rumors about their relationship all over the media and they stopped everyone from guessing by appearing together in December.

Bateman and Ridley shared the screen in the movie Murder On the Orient Express and came close during the filming.

They formerly wanted to keep their relationship a secret but the producer of their movie Judy Hofflund indirectly revealed it to the media and it wasn't a secret anymore. The couple is seen in a lot of PDA moments and seems totally in love with each other. 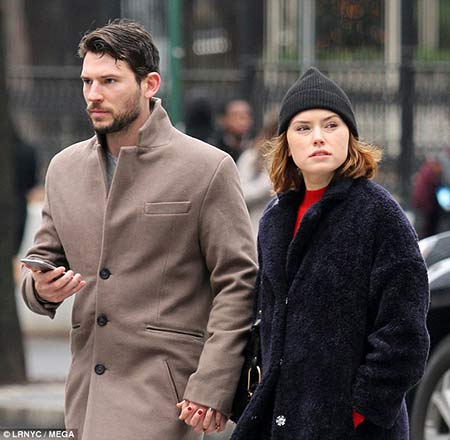 She was formerly in a relationship with Charlie Hamblett. Ridley's fan seems to ship her and Star Wars co-star John Boyega but they are just friends.

She has a medical condition called Endometriosis also known as polycystic ovaries since she was 15 for which she had to go through several laparoscopic surgeries.

Ridley was caught in a major controversy after she posted a message about anti-gun violence on her Instagram. She was criticized for it and eventually, she deleted her Instagram account.

Later on, she returned to Instagram and stated her exit from the site was because she didn't want distractions in her work.

Ridley made it to People's Magazine's World's Most Beautiful List of 2016 and also appeared in Debrett's 2016 list of the most influential people in the UK. She flaunts three tattoos on her body one of her tattoos is of three stars on her left foot.

While the other two of her tattoos is an alchemical symbol of air on her right hip and the third tattoo is behind her right ears where she has tattooed a peace symbol.

As for sports she watches the football premier league and is a huge supporter of the football club, Arsenal. Her favorite color is gray and her nicknames are Dazz, dazzle, the baby. She has a cute dog named Muffin.