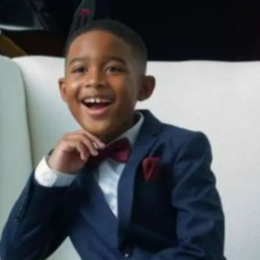 Dallas Xavier Barrino is the son of Joseph Barrino and Fantasia Barrino, American Idol Season 3 winner. Fantasia's raw talent as a songstress, combined with her struggling story as a teen mother, won her many fan followers. After winning American Idol, she released numerous studio albums.

Dallas Xavier Barrino was born to Fantasia Barrino on December 13, 2011, with her boyfriend, Antwaun Cook. The idol welcomed her second child and first son at a North Carlina Presbyterian Hospital in Charlotte.

At the time of birth, Dallas was 21 inches and weighed 7 lbs and 9 ounces. The songstress announced her pregnancy to the audience in August 2011 at a charity concert in Florida. 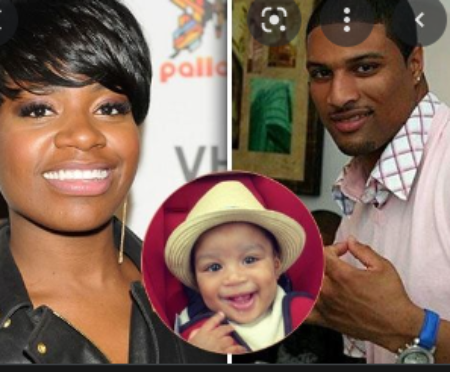 Dallas Xavier Barrino is the biological child of Fantasia and Antwaun. SOURCE: Instagram

However, the Grammy winner remained tight-lipped on who the real baby daddy is. While Fantasia was pregnant with Dallas, she was juggling challenging circumstances.

As of now, the singing sensation has embraced motherhood; she frequently uploads her moment spent with children on social media. The Free yourself hit-maker and her lover Cook began seeing each other in 2009 and after two years of romance, she gave birth to their son, Dallas.

That's not all; the singer was even facing allegations of wrecking a marriage and clinical depression. Fantasia finally broke up with her married husband in early 2013. Currently, Miss Barrino has overcome challenges and is living a good life even though she has experienced a fair share of setbacks in the past.

Xavier Barrino is the middle child of Fantasia's three children. His elder half-sister Zion is from Fantasia's previous relationship with Brandel J. Shouse. The Free Yourself singer became pregnant with Zion at age seventeen. 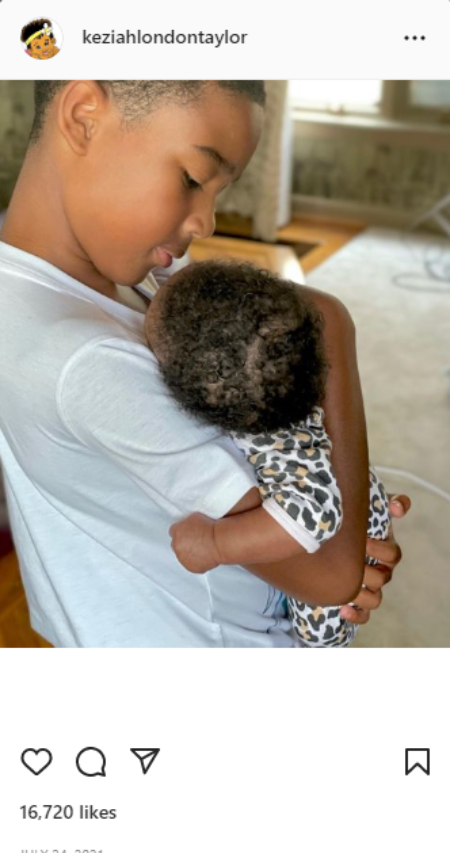 Xavier Barrino, the ten-year-old boy, has a close bond with his half-siblings. At age twenty-one, his stepsister Zion has built an image for herself as an Instagram star. Likewise, his younger sister Keziah Taylor is only a year old. And she has been a center of attraction for her cute looks. Fantasia gave birth to her youngest child, Kezia, on May 23, 2021.

Dallas Xavier Barrino's mother, Fantasia, is a married woman. In a private ceremony, she happily tied the knot with Kendall Taylor on July 18, 2015. She has two daughters, Zion Quar Barrino and Keziah London Taylor.

The singer-songwriter had dated a rapper, Young Dro, for a few months. In addition, Fantasia romanced Michael Clayton, a former NFL player/ Super Bowl Champion. Besides, Barrino had a relationship with her baby daddy, Antwaun Cook, in the 2010s.

In August 2010, a Mecklenburg County District Court divorce filing accused the songstress of having an affair with Cook for a year. Nevertheless, the dol testified that her relationship did not begin until Antwaun parted ways.

Fortunately, the judge ruled in the African-American star's favor, admitting that the separation date was nine months earlier than Cook's estranged wife had mentioned. A month later, Fantasia was hospitalized for overdosing on sleep aid and aspirin. A few days after the incident, the black beauty admitted it was a suicide attempt.

In 2007, the hardworking lady bought a 6600-square-foot CHarlotte mansion for $1.3 million. But it went into foreclosure in 2009. The NAACP Image Award winner still resides in the six-bedroom estate she bought in 2012.

Dallas Xavier Barrino is famous as the son of an American R&B singer and actress who has made millions of dollars from her career. She possesses a net worth of $1 million as of 2022. 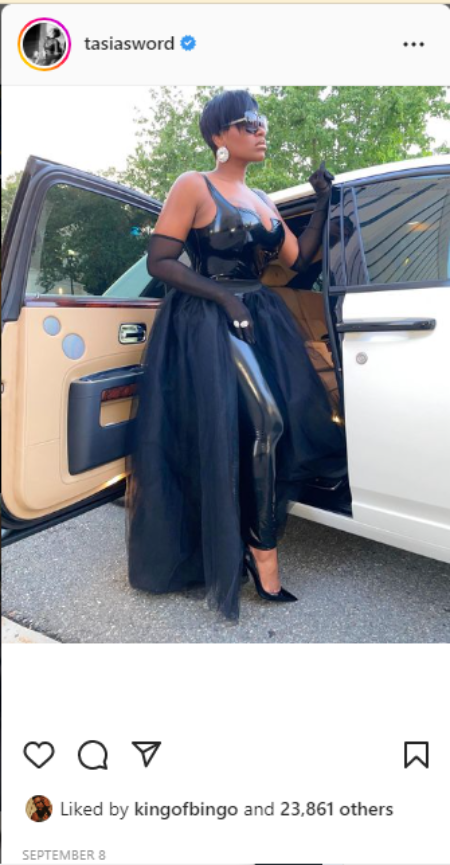 Fantasia Barrino receives a considerable amount from her successful career as a singer. Apart from that, the mother to three gets paid for ads, endorsements, and sponsorships. Fantasia came to the limelight as the winner of the third season of Fox's American Idol in 2004.

Fantasia performed a duet with fellow "American Idol" alum Jennifer Hudson in 2008. Following her success, Dallas's mom employed her dynamic gospel-tinged voice in her debut single, "I Believe." Her music album was number one on the "Billboard" Hot 100 chart.

Check out the clip of Dallas Xavier Barrino's mother, Fantasia Barrino, auditioning for the American Idol!

Barrino has released seven studio albums, including her first 2004's Free Yourself, which earned Platinum. Moreover, Fantasia Barrino performed on a Broadway show portraying Celie in a 2007 production of "The Color Purple."

The celebrity mom has garnered twelve Grammy nominations for her music. Surprisnough, the singer published her autobiography "Life is Not a Fairy Tale" in 2005. Joseph claimed the book was penned by Fantasia's granny Addie Collins.

Fantasia's real-life story was named the Lifetime movie following next year. Meanwhile, Barrino claimed she was functionally illiterate. But her dad filed a ten million lawsuit against Simon & Schuster in 2006, alleging some of the things Fantasia said about her father in the book were wrong.

If little Barrino seems available on social networks, his mother handles his social media. The rich kid from North Carolina native is still young and childish. His sister Kezia has 72.6k followers on Instagram.